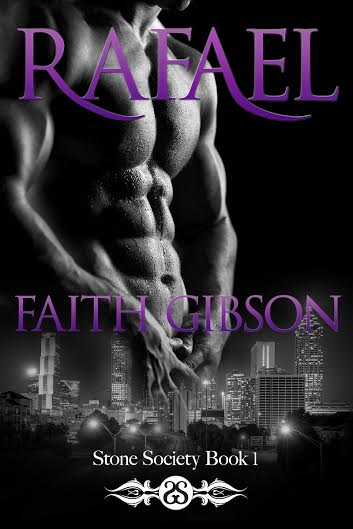 Synopsis:
There’s a new species of shapeshifter in town…
Rafael Stone is the King of the Gargoyle shapeshifters. His family, The Stone Society, has ruled the Americas for over seven hundred years. As an architect, he has spent the last thirty years helping to rebuild New Atlanta since the near Apocalypse. As King of the Gargouille, he has spent those same thirty years protecting his city from the dregs of society.
Kaya Kane is the New Atlanta Chief of Police. At thirty-six, not only is she the youngest, but also the first female Chief the city has ever had. She has dedicated her life to keeping her city safe. When a multiple homicide brings her face to face with the elusive Rafael Stone, her life will never be the same.
Rafael’s kind has never mated with a human but just speaking to Chief Kane on the telephone nearly brings him to his knees. Kaya has given up on ever having a relationship other than her career. When the two meet, sparks fly. Literally. Can Rafael give in to the fact that Kaya’s human? Can she overlook the evidence pointing to Rafael as the killer?
Rafael, Stone Society Book 1 introduces you to a new world filled with Bad Ass shifters and the mates who love them.

Faith Gibson lives outside Nashville, Tennessee with the love of her life, and her two-legged best friends. She began writing in high school and over the years penned many stories, and poems. When her dreams continued to get crazier than the one before, she decided to keep a dream journal. Many of these night-time escapades have led to a line, a chapter, and even a complete story.

When Faith isn’t penning her crazy ideas, she is either reading, riding her Harley, or playing trivia while consuming craft beer.