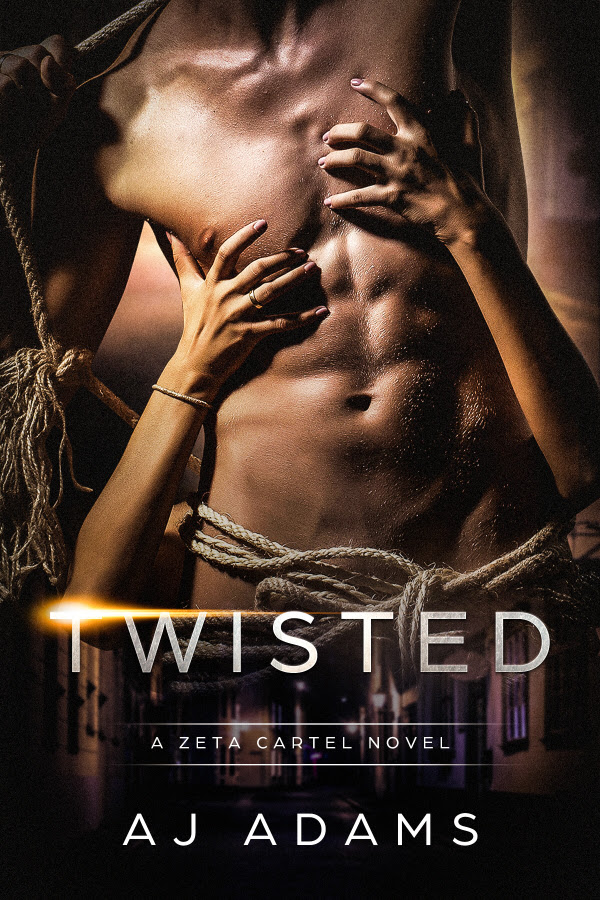 but she will do anything for her family. Forced into debt-slavery to

save her brother, things aren’t what they seem. No matter how hard she

Santos, the leader of the Zeta cartel, and is catapulted into a turf

war. Abducted and a helpless captive of the deadly drug lord, Persia

decides she’s had enough. It’s time to fight back.

devious Jorge Santos doesn’t take shit from anyone. When a meeting with a

first step is to abduct his enemy’s most prized possession, the

beautiful but mouthy Persia York. But Jorge soon learns his victim is

not as easy to break as he thought and to his shock, he falls for his

adversary’s woman. As the war heats up, the cartel boss is forced to

make decisions that may cost him his life – and his love.

🖤A ruthless man on a quest to win no matter what it takes.🖤

🖤A woman intent on holding her own, even if it destroys her.🖤

Twisted is a compelling tale of vengeance, murder, cartel violence

and finding love in the darkest of times.

including adult scenes and graphic violence.

Twisted is book #5 in the Zeta Series. This is Persia York and Jorge Santos story.

Persia doesn’t have a great reputation to no fault of her own. But that doesn’t make a difference. Now she has been kidnapped by the Jorge Santos – Zeta Cartel.

Persia has been through so much it is a wonder that she normal. Jorge is a very bad guy with a heart. He treats Persia roughly but then Jorge is a rough & tough man.

Get ready for a roller coaster ride of emotions. Because AJ Adams takes you on a rocky ride! Twisted is a dark story with twists and turns. This is probably the darkest book yet by AJ Adams. For those that have triggers my warning is if you decide to read this book proceed with caution.

AJ Adams married her best friend and moved to the tropics where they are living their own Happily Ever After. She believes writing is not so much a passion as an obsession.

She writes twisted stories of love, mayhem, and murder as AJ Adams and sweet romance novels with strong women and very hunky men as Ellen Whyte, her IRL name.

When she’s not writing, she’s cooking and gossiping with her friends. She is also personal maid to rescue cats Target, Guido and Swooner.

Come and chat with her on FB at www.facebook.com/ewhyte

Don’t miss new releases, discounts and special offers. Sign up for the newsletter at https://dirtydangerous.blogspot.my/p/…