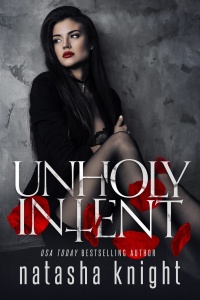 Monsters don’t often look like monsters on the outside.

Forced to marry a man I should hate, I’m now bound to Damian.

I sometimes wonder what he sees when he looks at me. Deer in headlights, I guess.

What I see is clear.

A man with too much experience.

The night he took me he told me I belong to him. He proved it on our wedding night. And I believe him when he says he’ll keep me safe. He won’t let anyone touch what’s his.

And no matter what, I can’t let myself fall in love with him.
ADD TO GOODREADS 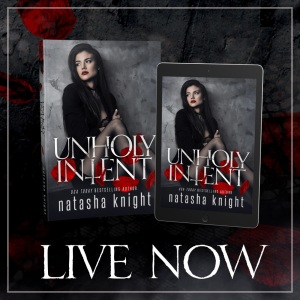 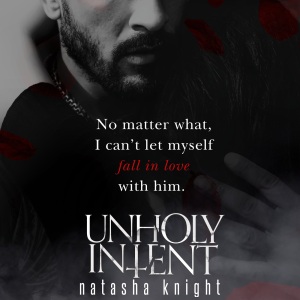 When I come, I lose all thought, only feeling her from the inside. Only hearing her moans as I drill into her, pushing her flat onto her belly as my cock throbs deep inside her. Deeper than I’ve been yet, emptying inside her.
Spent, it takes minutes to roll onto my side. She turns her face to mine, our heads resting on the same pillow. The only sound in the room is that of our combined breathing, ragged and worn out.
We just look at each other for the longest time, her eyes soft, quietly watching. Does she see that monster, I wonder? Is that what she’s searching for? She won’t have to look hard.
It’s when I touch her cheek to push back the hair that’s matted to her face that everything changes. It’s then she shutters her eyes and locks me out. The instant is so marked, I feel it like a chill.
It was too much too fast. “I hurt you,” I say. Fuck. I should know better even if she asks for it. She doesn’t know any better. I’m the first man she’s been with.
“You will always hurt me,” she says as if reading my mind. “You should always hurt me.”
I get up on one elbow, a weight settling in my gut.
“Never make love to me or touch me like you did in the tub. Never be gentle.”
I look at her, confused as fuck.
She sits up and looks down at me.
“I see you.”
“What the fuck are you talking about?”
“I don’t ever want to forget who you are. What you are. I don’t ever want to forget that you’re a liar and a monster. I want to see you with clear eyes, Damian Di Santo. And whatever feelings come up when you’re fucking me, know that mine will never change. I will always hate you.” 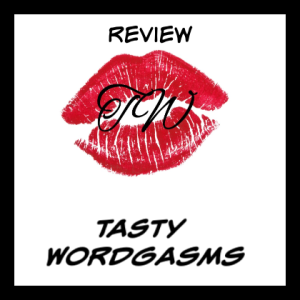 Unholy Intent (Unholy Union Duet #2) by Natasha Knight. This story picks up where book 1 left off. Damian’s brother is back and no one knows what his plan is. Damian definitely doesn’t trust him. Cristina doesn’t know who to trust or believe. Damian has told her he would protect her but Lucas has told her things that could be true. She is caught between a rock and a hard place. Damian does care for Cristina but he has a strange way of showing her and she doesn’t believe it is genuine. Damian wants to do better but he is still so rough around the edges. All this constant mistrust has everyone on edge. Damian is trying to hold onto his empire, Lucas says he wants not only the empire but Cristina and Cristina just wants her life back. This story was more than I had expected. Exciting and unexpected. Lucas was crazy and did a lot of damage and Cristina’s naiveté made me want to choke her the life out of her. Poor thing she didn’t know her head from a hole in the ground. Regardless the ending of their story was explosive. I wouldn’t mind another book about Damian and Cristina. 5 stars for me.

Unholy Intent was the second and last book in this Unholy Union Duet. I was a little worried that there was going to be another cliffhanger because we were getting close to the end of the book and there was so much happening. Natasha Knight pulls out a fitting ending in a fantastic way!

Damian and Cristina’s story continues but now there is the added twist of Damian’s twin, Lucas. This book starts where Unholy Union ended.

Who can Cristina trust? Her new husband. Damian marries Cristina to keep her safe. Lucas the very damaged brother of Damian or her Uncle that raised her?

Unholy Intent is sexy, suspenseful & a little twisted. The best kind of book and as always whenever I see that Natasha Knight has written a new book I grab it because I know it is going to be a good read!

Bettina A’s Review: 4 Stars
Things are not what they seem in the Di Santos house. Cristina is surrounded by monsters and she doesn’t know who to trust. With so many people warning her against Damien she’s in confusion. Everyone seems to have a hidden agenda when it comes to her. Damien is torn between his role in the family and his wife, Cristina. He is constantly trying to keep her safe from his enemies but there’s one enemy he didn’t see coming. The return of his twin, Lucas, things are getting out of control and Damien is bent on protecting what is his. What do you when you have to choose between your spouse and your family? That is something Damien will have figure out.

I enjoyed this book. The twists and turns kept me guessing who is friend and who is foe. I could feel the chemistry and tension change between the characters. Sometimes I would get annoyed with Cristina but she didn’t break when so many would have. I would definitely recommend this book to others to read. It kept me engaged and I finished it in two sittings. 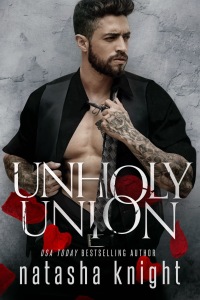 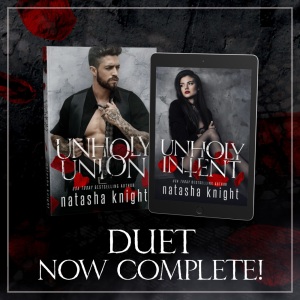 USA Today bestselling author of contemporary romance, Natasha Knight specializes in dark, tortured heroes. Happily-Ever-Afters are almost always guaranteed, but she likes to put her characters through hell to get them there. She’s evil like that.