That’s my name, my birthright, and my curse. I didn’t always hate being a Harrington. At one time, I took it as a privilege. I used it to my advantage. But a name doesn’t stop you from losing everything, and after six haunting years, that everything is back forcing me to face the past or give up a future.

I bet you didn’t know about me because James doesn’t talk about me. Or to me. We had it all and I was never happier. My family was my entire world, but that world shattered. When faced with the unimaginable, is there a way to put the pieces back together?
After six painful years, it’s time to accept our history and move forward or move on from one another.
It’s the final Harrington brother, so hold onto your hearts. Silver Biker is going to be a bumpy ride.
Grab Your Copy Here:
Amazon US |  Amazon UK | Amazon CA | Amazon AU

Silver Biker is the 4th book in The Silver Foxes of Blue Ridge Series. Each of these books can be read as a standalone but they are all interconnected books of brothers. This time it is James Harrington’s & Evelyn “Evie” Fitzpatrick Harrington’s story.

Evie is back for a divorce. James will give it to her if she sleeps with him. She left him 19 years ago after the death of their son.

James hasn’t been able to move on since his son’s death and this is Evie and James journey to healing.

I have loved this series since the beginning! It’s great to read romance stories of people that are a little closer to my age and these brothers are all Silver Foxes!

I think that you could read these books in any order but to me it is always best to start back with the first book.

Lita T’s Review: 4 Stars
Silver Biker (The Silver Foxes of Blue Ridge# 4) by L.B. Dunbar. The next in line James Harrington is the black sheep of the family. The biker who was never the same after his son Michael died. We now get to find out his story. 19 years ago while working in search and rescue he comes across a young lady skinny dipping on his family property. They hit it off like 2 combustible elements. A fire that burned quick and extremely hot. Evelyn aka Evie is trying to escape her debutante life when she comes across a man that has her acting way different than her upbringing. This behavior resulted in the beginning of what is and was James and Evie. Now Evie is back. Six years ago when Micheal died so did her and James marriage. Evie wants to move on but there is 1 problem. She is still married to James. Coming to get a divorce has put these combustible elements back together. I enjoyed their story. The way the story was told by going back and forth in time, we were able to get the total story of 2 people who loved fast, hard and never died. My heart went out to James and Evie. They both had family issues and than the death of Michael,  multiple miscarriages, their marriage. It all made them human, relatable which made me enjoy this story even the more. An added bonus was their sex life which was off the charts. Hot, steamy and frequent sex!!!!! Oh my!!! Wish I was Evie!!!! 4 stars for me. 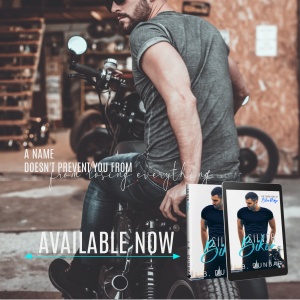 I’ve been accused of having an over-active imagination.

To my benefit, this imagination has created over twenty novels, including the creation of a small-town world (Sensations Collection), rock star mayhem (Legendary Rock Star series), MMA chaos (Paradise Stories), rom-com for the over forty (The Sex Education of M.E.), and a suspenseful island for redemption (The Island Duet).

I love a deep belly laugh, a strong hug, and an occasional margarita. My other loves include being mother to four grown children and wife to the one and only.