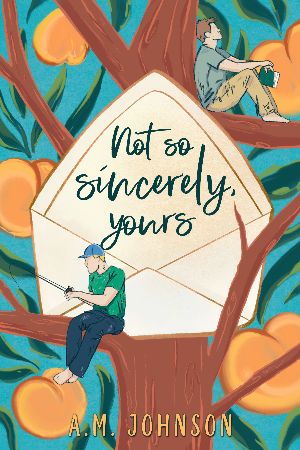 About last night… I could blame the bourbon. I could say I let things get out of hand, that I should have never called you, but I’m done lying to myself—to you. I know what you’re going to say. You’re not very good at keeping your opinions to yourself, but this can’t happen. It’s inappropriate, at best. I’m your boss. Not to mention, you’re clearly still hung up on him. I’m not a consolation prize.

You didn’t think it was inappropriate when you had your tongue down my throat, but I digress. As for your accusation, I’m not the only one stuck in the past, but at least I’m not running from it. I can’t believe I’m about to say this… Maybe you’re right. You shouldn’t have called me. Especially if you never intended to own it. Own that you wanted it to happen. Admit that you wanted me.

ADD TO YOUR TBR 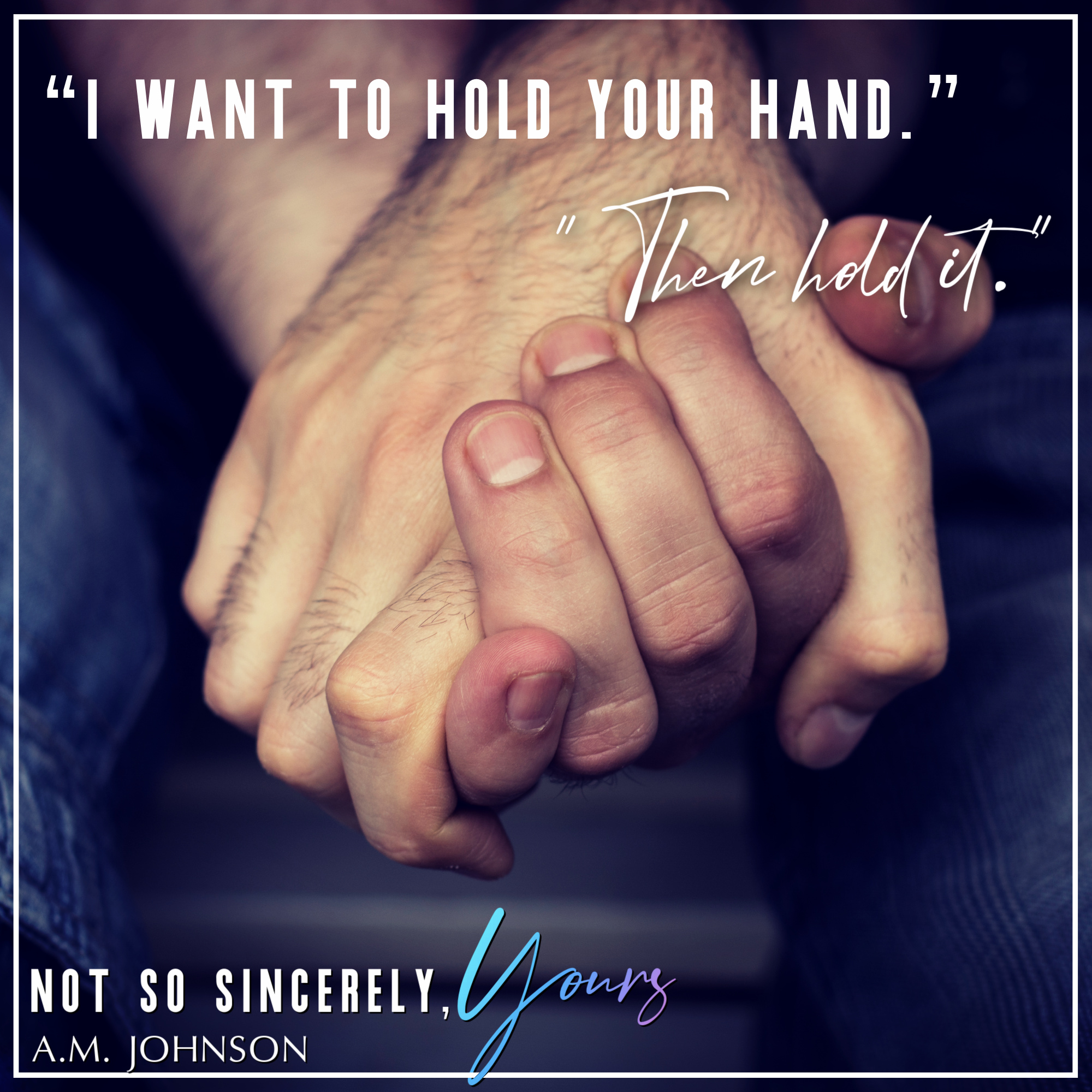 The city was awake with foot traffic and blaring car horns. People in business attire with cups of coffee buzzed by me as I leaned against the locked door of Lowe Literary. It was forty-five minutes after seven, and I’d been standing here since six-thirty, thinking it would be smart to arrive early. I’d been worried about parking, or worse, getting lost in the city. I didn’t drive much around Denver, and growing up in small-town backcountry Florida, I could admit I wasn’t adequately equipped for the big city. My hands were cold, even stuffed in my pockets, and my temper bordered on irate. I’d texted Anders about twenty minutes ago and he hadn’t answered. I was seconds from saying fuck it and walking back to my car when he finally rounded the corner. Anders was all confidence in a steel-colored suit with a deep blue button down underneath. His golden blond hair was artfully disheveled, giving him a casual appearance, but I’d bet my left kidney it’d taken him an hour to get ready this morning. Maybe that’s why he was late.

“You’re early,” he said, his voice smooth and bored.

He didn’t spare me a glance as he pulled keys from his pocket and opened the door.

My jaw ached as I gritted my teeth. “Early? You told me to be here at seven.”

“Did I?” he asked, and I could hear the fucking humor in his voice.

I followed him into the office, the lights automatically illuminating as we stepped inside. The place was nice, not as cold as I assumed it would be. Instead of glass and metal, everything was warm wood and earth tones.

“Office hours are nine to four. Kris used to show up around eight-thirty,” he said, leaning against the only desk in the lobby. “This is your workspace. I’ll get your log-in information when you get back.”

I took a calming breath. “Back from where?”

“The Starbucks two blocks west from here.” His lips lifted more on the right side of his mouth, his grin crooked. He was enjoying himself at my expense. “Americano for me, and you can get whatever you want within reason. Here…” He reached into his bag while I seethed. No apology for making me sit in the damn cold for over an hour, nope, right to business. “This is the company card. I expect a receipt for any purchases you make for me or Lowe Literary.”

I took the card from his hand, “Receipts. Got it.”

His blue eyes traveled over my body slow and disapproving. I had on the best pair of jeans I owned, and borrowed one of Jax’s polo shirts. I didn’t have the money for bullshit designer suits, but I cleaned up okay.

“You’re the face of Lowe Literary, Mr. Calloway. I expect you to dress like you give a shit.”

I huffed out a laugh. “Well, I expect a boss who shows up on time.”

“I was on time.” Arrogant as hell, he slipped his hand into his slacks.

“Why did you tell me seven if we don’t open until nine?” I asked, ignoring his confident glare.

He hesitated, and I wondered what bullshit excuse he was about to give me when he surprised me with the truth. “Initiation. Payback. Perhaps a bit of both.”

I understood the payback part. I’d be pissed if I caught strangers fucking in my house too. But initiation? Like what? Hazing?

He raised his hand, silencing me. “You’re here because Wilder asked me to help out his friend. Apologies are unnecessary. This isn’t about you. It’s best if you remember that. Show up. Do your job. And there won’t be a problem.”

Before I had a chance to reply, he walked away and disappeared down the hall. Furious, and feeling smaller than I ever had in my entire life I contemplated quitting. I didn’t need to put up with his shit. I could be on site with Jax in an hour if I wanted. I slammed my eyes shut and tried to push down my anger and pride. This job would allow me the time I needed to do my schoolwork. And according to the nursing program advisor I’d spoken with last week, I had a shit ton of prerequisites I had to complete before I could even apply to the RN program. If it weren’t for Mr. Superiority Complex, this would be the chillest job I could find. And I’d never find a gig that paid me as well as this did. I groaned and pocketed the business credit card, hating the way Anders had me by the balls. 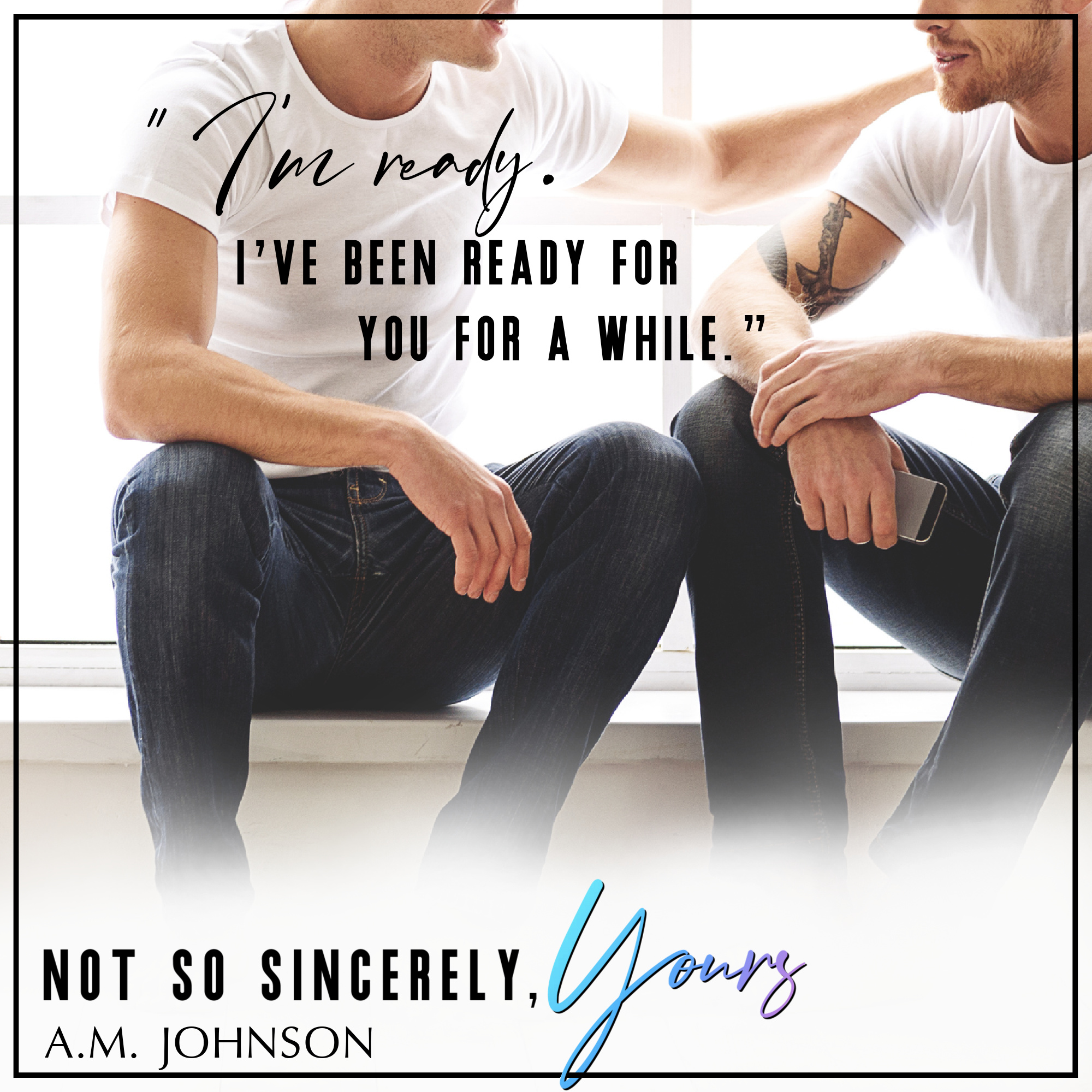 One of Five eARC’s for Not So Sincerely, Yours 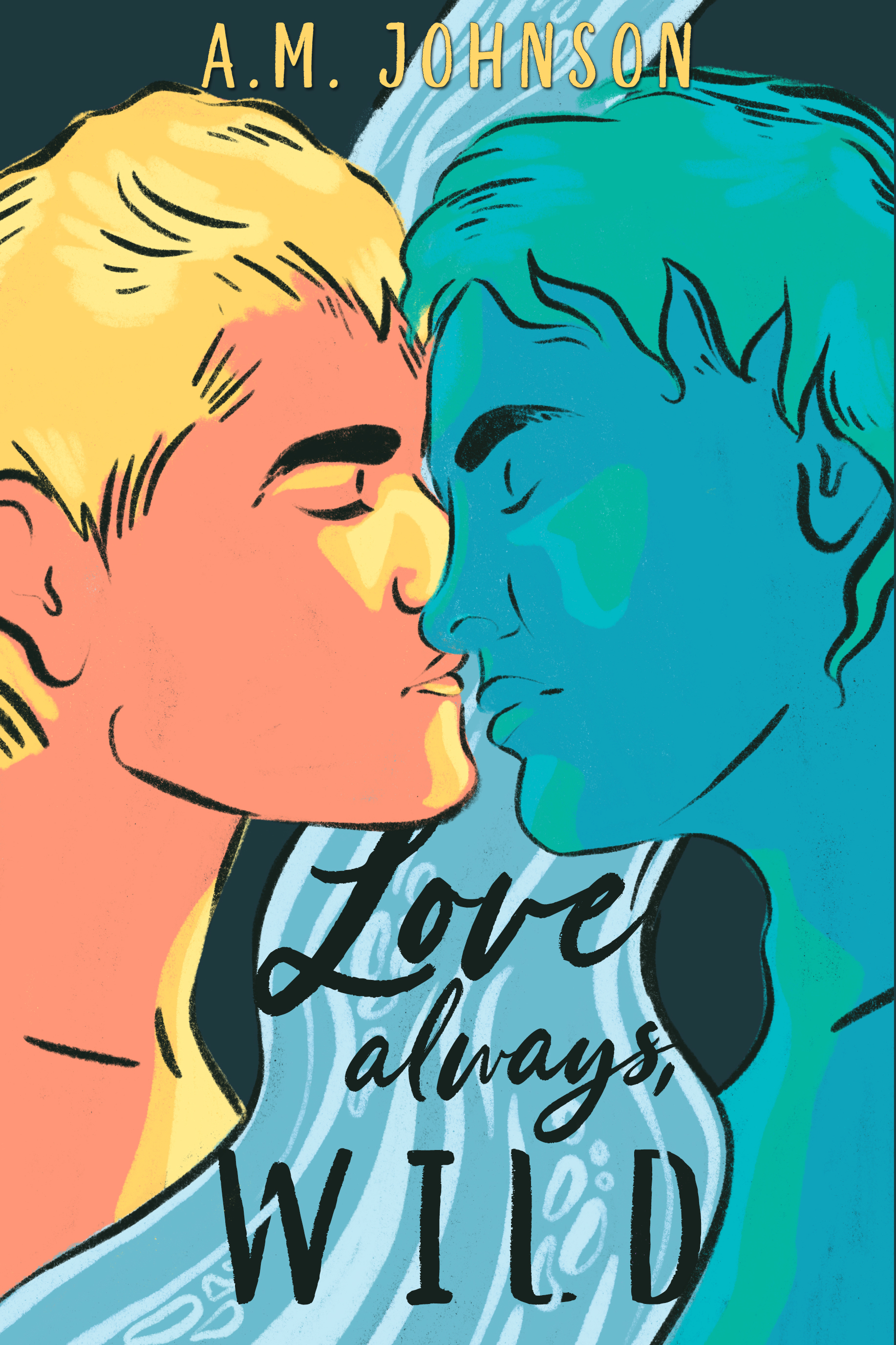 Amanda lives in Utah with her family where she moonlights as a nurse on the weekends.


If she’s not busy with her three munchkins, you’ll find her buried in a book or behind the keyboard where she explores the human experience through the written word.


She’s obsessed with all things Austen and Oreos, and loves to connect with readers! 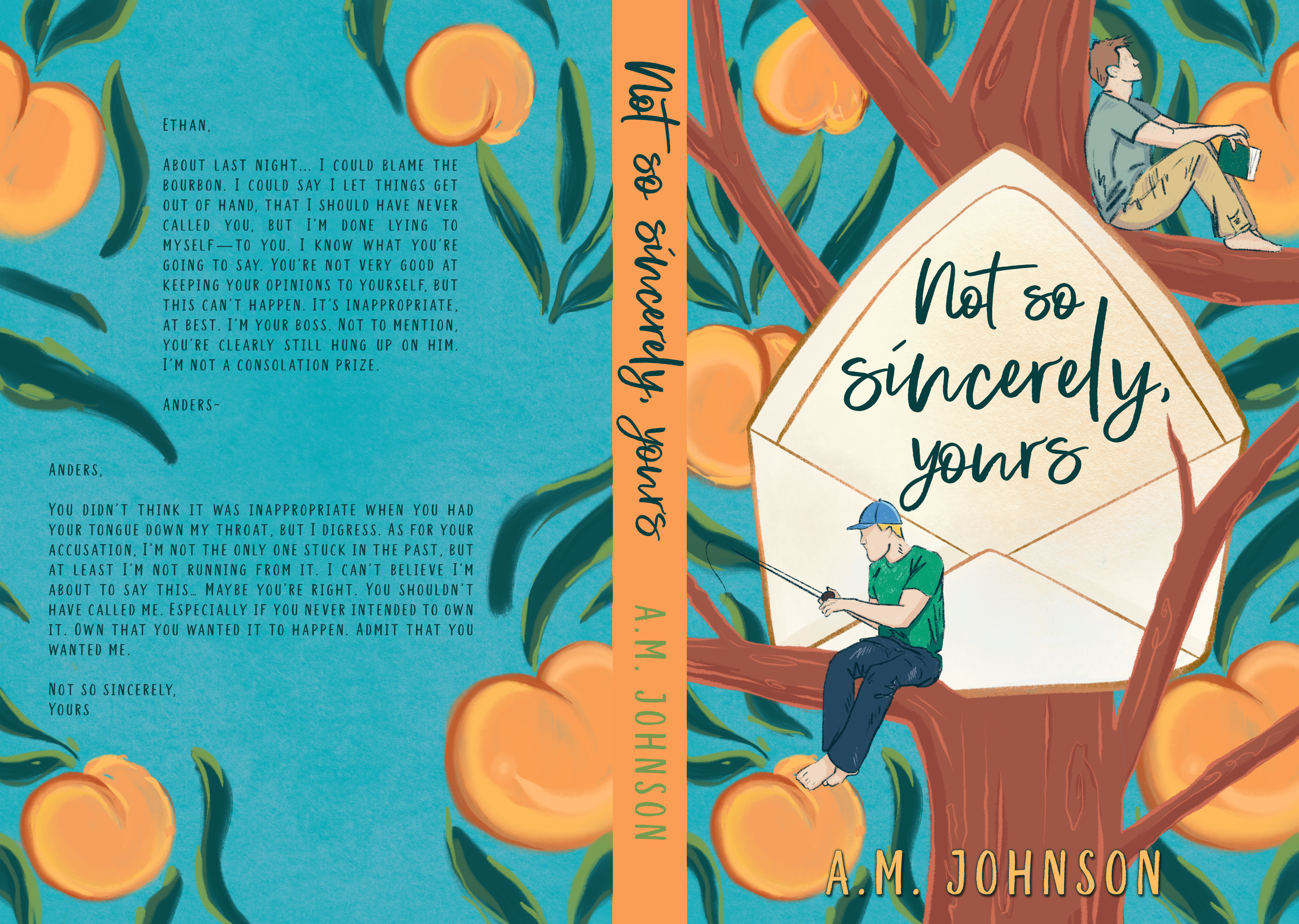