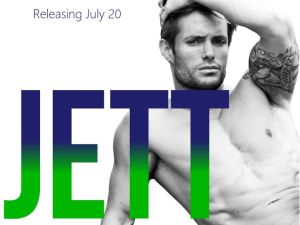 I love my life—the thrill of being on the ice as part of the Arizona Vengeance, the rush of winning, the adoration of the fans. And if that adoration means I don’t have to spend the night alone, well even better. I’m content being single and always ready to mingle.

But the day Emory Holland walks into a Vengeance team meeting my attention is caught like never before. I can tell right away she’s full of smarts and sass, and the fact that she’s hot as hell sure doesn’t hurt either. She immediately shuts down my advances, so I opt for the road less traveled—straight to the friend zone.

My approach works like a charm, and when she invites me into her bed for a no-strings, friends-with-benefits arrangement, I vow to give her everything I have. She’s been hurt before, and if I’m able to help her heal while giving her a spectacularly satisfying time *pats self on back*, then I’ll be happy.

Or at least that’s the lie I keep telling myself as the time ticks down on the final buzzer of our “relationship”.  Now the real question is, can I score the winning goal in a game neither of us realized we were playing?

Jett’s car is really nice, and I have no clue what it is. Never much paid attention to those things, but I also know he makes millions and can afford whatever he wants. And in the weeks I’ve known him—since that first day he hit on me and I coldly turned him down—I’ve never had the need or opportunity to even consider his wealth.
But now we’re in what’s a very expensive vehicle, heading to his downtown condo, which I’m betting is posh and only for the elite of Phoenix, and wondering what I’ve gotten myself into.
Sex, Emory.
That’s what you’re getting yourself into.
A tiny giggle escapes me, because I’m nervous and this is so awkward.
“What’s so funny?” Jett asks, his tone curious and filled with good nature as he glances at me.
I snicker, softly at first, then snort as I turn my head his way. He frowns, probably wondering if I’ve managed to go crazy in the two minutes since we’ve gotten in his car.
“Emory?” he asks hesitantly, before putting his eyes back on the road.
I fumble at the opening of my purse sitting on my lap and reach in, pulling out a small box of condoms. I hold them up for him to see. His eyes come back my way, see the box, and then his eyebrows climb right up his forehead.
A second passes, then two, before he says, “You certainly are prepared.”
I laugh again, shoving the condoms back down into my purse. I clamp down tight, forcing myself to stop this unholy chortling sound, then end up coughing.
“I’m sorry,” I finally say, shaking my head. Another snort, and I clap my hand over my mouth.
I risk a glance at Jett and his eyes are crinkled in amusement, perfectly full lips quirked. “Nervous, huh?”
“Oh, am I ever,” I drawl as I remove my hand from my mouth. Then I ramble. “I mean… lost my virginity my senior year in high school. That was an event I hardly even remember because it was that unremarkable. Then there was the proverbial partying and a few one-night stands in college, and then… well, I met Felicity’s dad and that’s all there was. Just him.”
I sneak another peek at him, and while he’s looking back at the road, I can see understanding in his expression. “I’m guessing it’s been a while for you, huh?”
Nodding, I admit, “A long time. A long, long time.”
“Well, you’re not getting graded on this assignment,” he assures me. “And we don’t have to do anything but have a drink.”
A sigh escapes me, my body’s way of saying just calm down. “I know. But…”
The silence is heavy as I go super shy all of a sudden.
“But what?” Jett prompts.
“It’s just… it’s hard to explain. Being a parent—especially a mom, no offense to dads—especially a single parent, you put yourself last. Everything else is put ahead of your own wants and needs. So, I’m rationalizing that I’m finally taking something for myself, and that’s good. I deserve it. But at the same time, the thing I’ve chosen to take—”
“Which would be me?” he interrupts with a grin.
I nod with another giggle. “That would be you, and a casual type of fling… well, it’s just awkward. I’ve chosen to do something totally out of my comfort zone and I’m out of practice and what if I’m awful—”
Jett takes my hand and squeezes it, the move so sudden my words cut off. “You can’t be out of practice,” he assures me. “It’s like riding a bike. And if you are out of practice, I’ll give you plenty of opportunities to practice. It won’t be a hardship on me.”
Get back on the ice with Jett on July 20!