When my older sister calls out of the blue to announce she’s getting married, it’s a shock. She’s
not the settling-down kind, and we haven’t spoken in almost three years.
Even more of a shock? Sloane wants me to visit her and meet her new fiancé. Curious, I decide
to take her up on the offer.
I should’ve known something was wrong when she wouldn’t tell me where I’d be going. I
should’ve known things were odd when she sent a private jet to pick me up. But there’s no way
in hell I could’ve ever guessed what would happen when I finally meet her fiancé.
Declan O’Donnell.
Head of the Irish Mob.
Target of a savage Bratva assassin who wants revenge for the murder of his brother.
Now, I’m thousands of miles from home, I’m smack in the middle of a mafia war, and I’ve got a
Russian assassin who’s decided he likes the looks of me.
They say revenge is a dish best served cold.
They never met Malek Antonov.

“Yeah. Oh—can I ask you a favor? Will you please not hurt him? Kieran, either. He’s the other bodyguard. The bigger one. They’re both really nice.”
Malek stares at me in disbelief.
“Sorry. Is that asking too much? It’s just that I’d never get over it if they got hurt because of me. They’re only trying to do their jobs.”
After a moment, he says angrily, “You know who I am. You know what I do. Correct?”
“Yes. I’ve been filled in on the particulars.”
“And you’re lying there with my hand around your neck asking me not to hurt your bodyguards.”
He says it like my sanity is in question.
“I know it’s maybe a little unorthodox.”
“No,” he says flatly.
“Please?”
He growls, “What the fuck is wrong with you?”
“There’s no need to get testy.”
“Testy?”
“I’m just saying. You don’t have to get all mad about it.”
Furious again, he glares at me, grinding his jaw and probably calculating how much pressure it will take to snap the brittle bird bones in my neck.
Before he does, I say, “I also want to thank you for the rose you left me. That was really nice. I’ve never had a man bring me flowers before. I know it was only the one, and also you thought I was a captive prostitute at the time, but still. It was thoughtful. So thank you.”
He stares at me with an expression somewhere between confusion and amazement, with a healthy dose of disgust on the side.
“Now is probably a good time to remind you that I’m still the same person you left the rose for. So if you did kill me, you’d be killing her, too. Just a thought.”
“Are you on drugs?”
“Not at the moment, no. Why, do you have any?”
“There’s something wrong with you. Mentally. Right?”
That makes me laugh. “Oh, totally. I’ve got more than a few screws loose. At least that’s what my dad tells me. But he’s super uptight, zero imagination, so his opinion doesn’t really count. Not that he’s wrong, because he isn’t, but normies shouldn’t judge creatives. They just have no idea how we’re wired. Why are you looking at me like that?”
“I’ve never had a conversation with an insane person before.”
“Very funny.”
“It wasn’t a joke.”
“Ouch.”
We stare at each other in silence. His hostile, mine hopeful. He still hasn’t murdered me, so things are looking up.
“Malek?”
“What.” He says it flatly. With dread.
“Thank you for not killing me.”
He says emphatically, “Don’t thank me yet.”
“You’re still deciding?”
“If only to get you to shut up, yes.”
“In that case…” I make a zipper motion across my lips.
He watches with outrage, astonishment, and absolute disbelief.
“Actually, before I shut up, I also want to say that it was really sweet that you tried to save me from being a sex worker. I mean, what a gentleman! A gentleman killer who gives strangers big wads of cash in restrooms. You’re quite the puzzle, Mr. Ghost. Or is it just Ghost? I’m never sure how the nickname thing works, except between me and my sister, but that doesn’t count because my whole family is a little weird. I’ll just call you Malek, if that’s all right. Or Mal for short, since we’re such buds now, what with you breaking into my various bedrooms for midnight visits and all. Okay, I’m shutting up now. Here I go.”
I press my lips together and gaze up at him, watching him struggle with dueling urges to cut off my air supply or break something over my head.
Maybe he’s right about me being insane, because rather than terrifying, I find his indecision understandable.
He’s not the first man I’ve driven to the brink of murder. He’s just the most capable of actually going through with it.
“Oh, one more thing—”
“I know a way to keep that mouth quiet,” he snaps.
Then he kisses me.

Savage Hearts (Queens and Monsters #3) by J.T. Geissinger. When I first started reading this book I was worried because I hadn’t read the previous 2 books. Do not fret. This is a story about Riley. When she gets a call from her estranged sister who wants her to meet her boyfriend, Riley’s life gets turned upside. While at her sister and boyfriend’s house Riley finds herself on the radar of an assassin. Malek is a cold hearted killer seeking vengance for the death of his brother. When he sees a mousy girl in sweats, he feels like he needs to help her. I have never read this author and I am so glad I decided to read this book. I have all intention of reading the previous books. Riley is a firecracker. The interaction between Riley and her Sloane had me laughing so hard that there were tears in my eyes and my stomach hurt. Her interaction with Malek was hilarious as well. He couldn’t understand how this little thing could talk to him like that. The journey they went on had me loving their story. As scary as Malek is he is a really good guy regardless to his profession and through this story I was able to see what Riley saw. Yes the other characters are from the previous books but the story was told in such a way I was never confused and I was interested in their own back story. The book ended on a HEA for Riley and Malek but also set up for book 4. This author can really tell a story.  Looking  forward to book 4 and reading book 1 and 2. This book was a 5 star read for me. 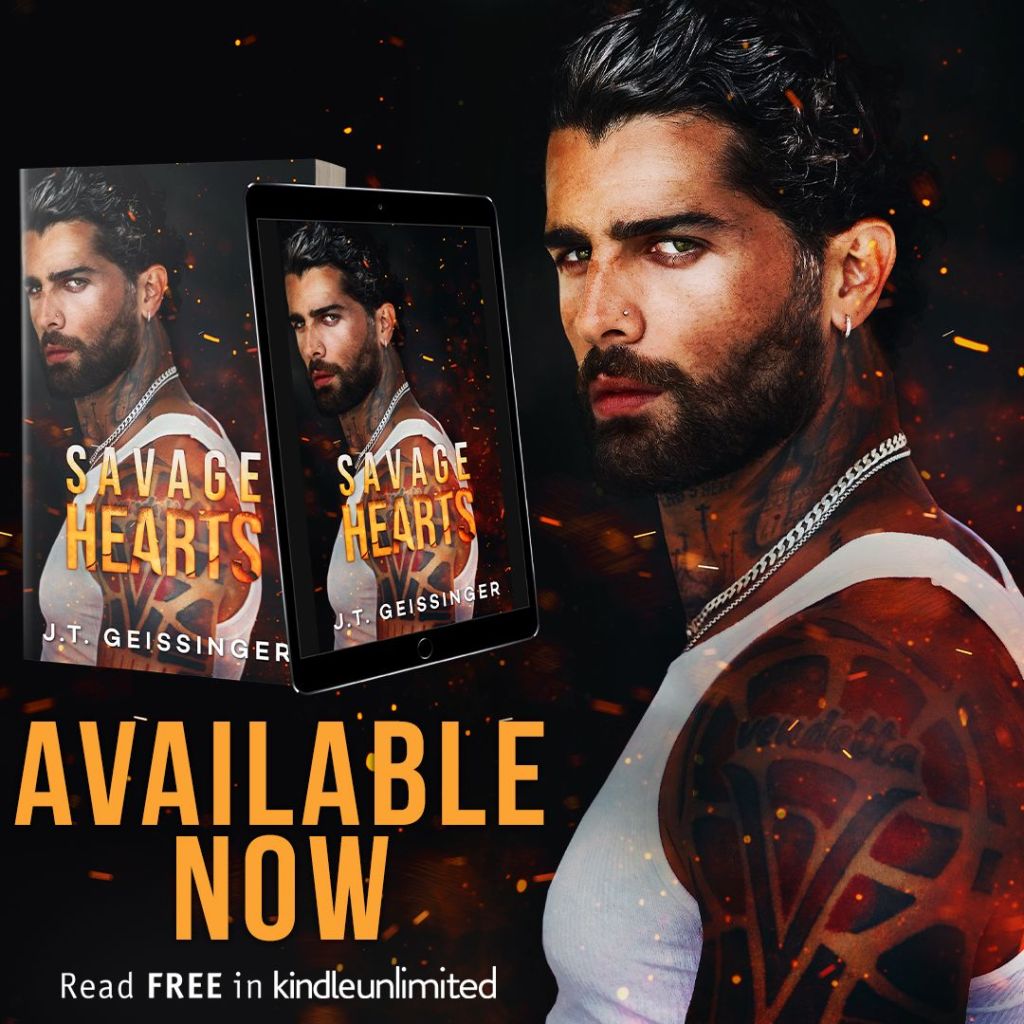 J.T. Geissinger is a #1 internationally bestselling author of twenty-seven novels. Ranging from funny, feisty rom coms to intense, edgy suspense, her books have sold over five million copies and been translated into more than a dozen languages.
She is a three-time nominee in both contemporary and paranormal romance for the RITA® Award, the highest distinction in romance fiction from the Romance Writers of America®. She is also a recipient of the Prism Award for Best First Book and the Golden Quill Award for Best Paranormal/Urban Fantasy.
She’s a Southern California native currently living in Nevada with her husband and rescue kitty, Zoe.