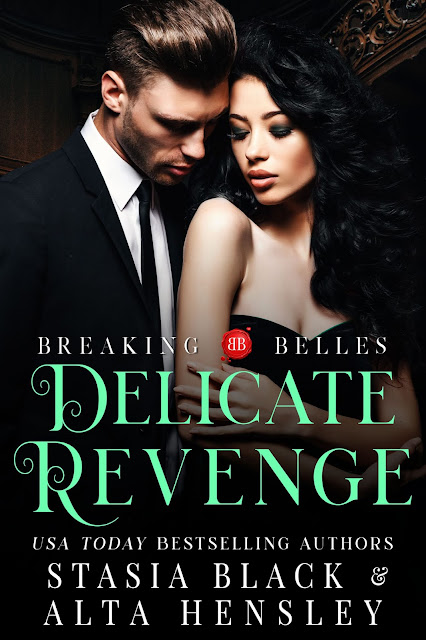 BLURB
Bellamy Carmichael was Darlington’s princess all through high school. Perfect, popular, too gorgeous for words—and unfortunately, she knew it.
I’d had a crush on her ever since arriving at Darlington Prep, only she never looked my way except for an occasional cruel put down. I was a scrawny kid, nerdy, and worst of all, my family was new money.
But now, a decade later, the tables have turned. I’m the one the Elders of the Secret Society are courting. During my Initiation, I’ll be given more leeway than any other before me. After all, my family measures their wealth in hundreds of billions.
And Bellamy Carmichael has somehow found herself as a Belle of the Midnight Ball. Oh, how the mighty have fallen. Unlike my brothers, I’m going to enjoy my initiation and breaking my belle.
ADD TO GOODREADS
Lita’sL

Delicate Revenge A Dark Secret Society Romance (Breaking Belles #5) by Alta Hensley and Stasia Black. It is now Emmett Washington’s turn for his initiation into The Order. Unlike his friends who he attended high school with and have already been through the trials, he is not from old money but new money. He had always felt he had to be more and do more inorder to prove he was worthy. Bellamy Carmichael is from old money but now that money is gone. Her only hope is to be a belle. Since Emmett had a crush on her in high school Bellamy is sure he will pick her. Initially I was like what in the fifty shades of grey is going on here. Emmett is definitely no Christian Grey. Emmett put him to shame. Emmett has made a condition of Bellamy, inorder to stay his belle she has to sign a BDSM contract with all the bells and whistles. This was such a good story. I can say for me this story is the best in the series. Bellamy was more than a rich pampered spoiled princess and she has ever intention of keeping her eye on the prize and making it to the end. She accepts not only going through the trails but being Emmett’s submissive. Emmett has a need for the control and going on his and Bellamy’s journey is why this story is so good. Emmett is the ultimate Dom not only does he work Bellamy but the Elders as well. A 5 star read for me. Next up is Walker St. Claire.  The epilogue gave me just enough so I have no choice but to read the next book. And because of who his father is, I am curious to know more about their dynamics and Walker’s demons.

Delicate Revenge: A Dark Secret Society Romance and is the fifth book in Breaking Belles Series.

Emmett Washington isn’t the usual blue blood that is being initiated into The Order Of The Silver Ghost. Bellamy Carmichael is the woman that he has chosen to be his “belle”. She isn’t like the usual girls that are from the “wrong side of the tracks”. Bellamy comes from money but she has a huge secret.

This is a dark story along with the other books and I am positive it will have triggers for some, so beware.

This is the order and who’s story is told in each of the books:

Inherited Malice, book 4 – Beau Radcliff and Abilene West (or is that her name?)

I have really enjoyed reading this book and the series and I can’t wait until the final book, Lavish Corruption and Walker st. Claire’s Story. We will have to wait until 2022 for it. Fortunately each of these books can be read as standalones.


View all my reviews 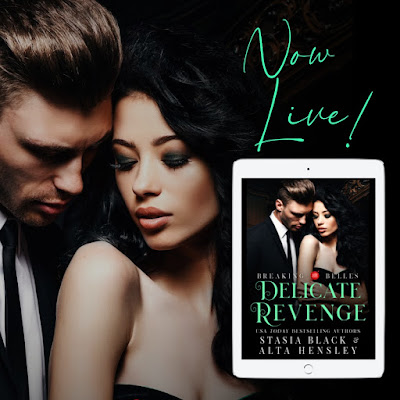 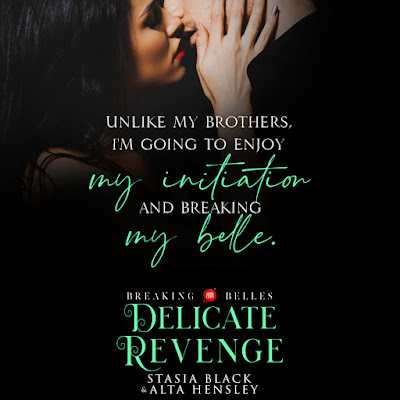 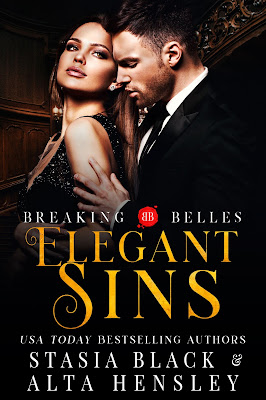 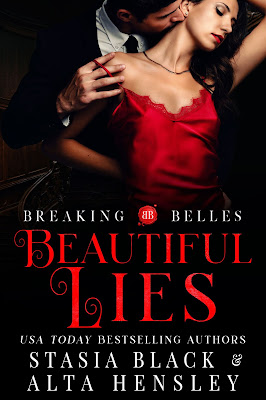 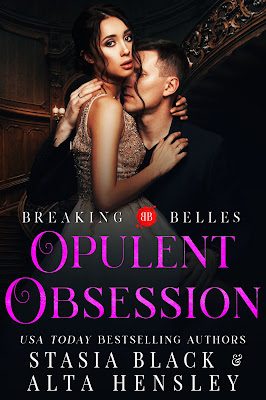 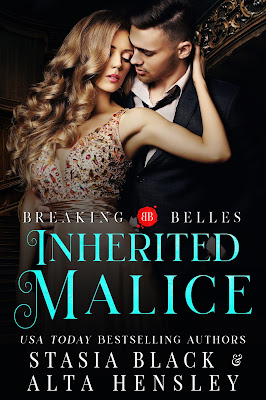 
STASIA BLACK
grew up in Texas, recently spent a freezing five-year stint in Minnesota, and
now is happily planted in sunny California, which she will never, ever leave.


She loves writing,
reading, listening to podcasts, and has recently taken up biking after a
twenty-year sabbatical (and has the bumps and bruises to prove it). She lives
with her own personal cheerleader, aka, her handsome husband, and their teenage
son. Wow. Typing that makes her feel old. And writing about herself in the
third person makes her feel a little like a nutjob, but ahem! Where were we?


Stasia’s drawn to
romantic stories that don’t take the easy way out. She wants to see beneath
people’s veneer and poke into their dark places, their twisted motives, and
their deepest desires. Basically, she wants to create characters that make
readers alternately laugh, cry ugly tears, want to toss their kindles across
the room, and then declare they have a new FBB (forever book boyfriend).


She is also
an Amazon Top 100 bestselling author. Being a multi-published author in the
romance genre, Alta is known for her dark, gritty alpha heroes, sometimes sweet
love stories, hot eroticism, and engaging tales of the constant struggle
between dominance and submission. 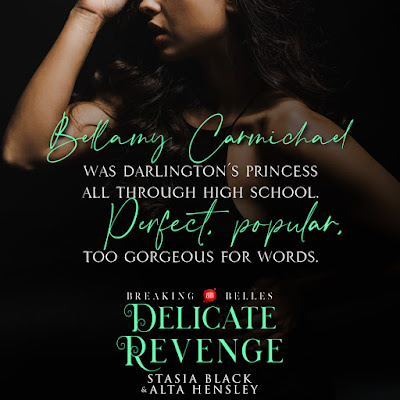