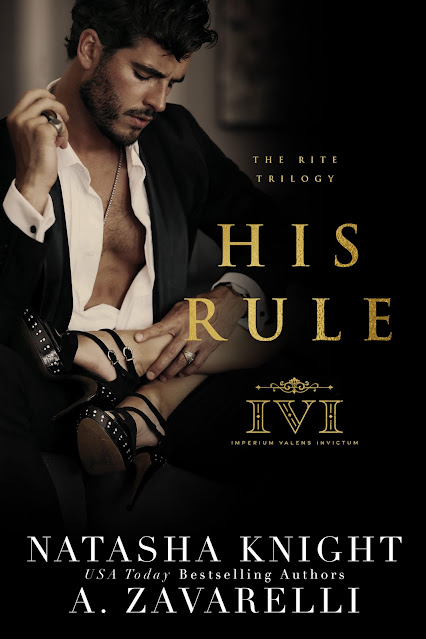 I live in a world where secrecy reigns.

A Society rooted in power, wealth, and long-held dynasties.
Where men are Kings, and women are pawns.
For as long as I can remember, I’ve dreamt of escaping the shackles of my expectations.
But it can only ever be a dream.
I made a fatal mistake, and those shackles became a cage.
Now I’m trapped in a war with a man who controls my every move.
He’s my brother’s best friend.
My enemy, my tormentor, and my solace.
His words have the power to wound me.
His touch just might break me.
But this is his kingdom, and as long as I’m here I only have one choice.
I’ll play by his rules.
ADD TO GOODREADS 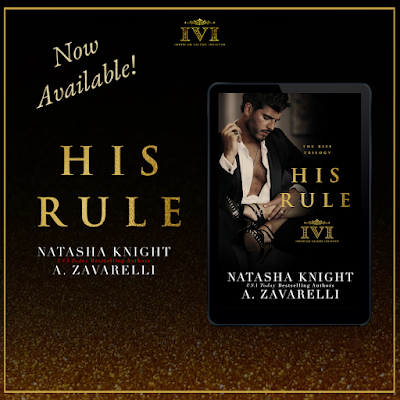 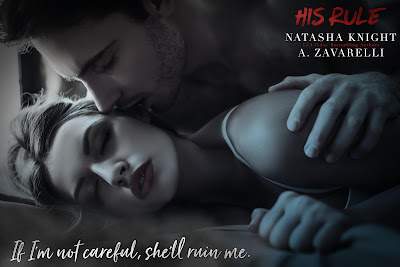 His Rule by A. Zavarelli
Tanya’s rating: 5 of 5 stars

His Rule is the first book in The Rite Trilogy. Wow, what an ending, what a book! I LOVED it! With these two authors writing where can it go wrong!  This is my type of a book!

This is “Judge” Lawson Montgomery and Mercedes De La Rosa’s story. First off if you ever hear these words coming out of a man, what would you do?

I think I would be a brat and I think that Mercedes gives Judge a run for his money. She certainly doesn’t make it easy for him.

Requiem of the Soul
Reparation of Sin
Resurrection of the Heart

Check them out and you won’t be disappointed. Now back to His Rule. Judge is a part of The Society. He is a Sovereign Son. “Where men are like kings and women are pawns”. Mercedes has been given over to Judge for him to tame her. What follows is a great dark romance story and one that I will follow until The End! 5+STARS

His Rule (The Rite Trilogy Book1) by Natasha Knight and A. Zavarelli is the story of Judge Montgomery and Mercedes De La Rosa. I have to say that when I decided to read this book I had not read the synopsis but chose to read this book based on the fact that I like these two author’s stories. I was over the moon when I realized who the main characters were. I have been wanting to know their story. If you haven’t read The Society Series by these authors please do so. Not only do you get a really good story but you get an introduction to Judge and Mercedes. This trilogy can be read as a stand-alone but don’t miss out on getting to really know who Judge and Mercedes are as people. I was looking forward to seeing what Judge had planned for Mercedes. Mercedes, true to form is a spoiled self entitled little sister who has a warped train of thought. At times I felt bad for Mercedes but the majority of the time she deserved a lot of what happened to her. Yes she is damaged and so is Judge. Judge is a Sovereign Son and like his name he is tasked with doling out punishment to Mercedes. There just seems to be several issues with this relationship. All their issues made for a good story and the ending of this story was a great set up for the next book. Boy I am so looking forward to see where the authors take this story.  4.5 stars for me.

Judge now as custody of Mercedes de la Rosa and while she is in his care she will learn every action has a consequence. Judge knows it will not be easy to tame Mercedes but he just didn’t know how much his attraction would get in the way. Mercedes is not what she seems, there’s more than what meets the eyes and Judge sees that. He also sees that scars that she try’s so hard to hide from the world. Little by little he breaks down her defenses but can he truly earn her trust? Judge has his own family issues that he prefers to keep in the past and out of other people’s mouths but when they threaten to come back and threw a wrench in his plans. Will Judge prove that he has ultimate control over everything or will he finally be tipped over the edge?

First and foremost I would highly recommend reading Ivy and Santiago’s story first to understand how Mercedes ended up with Judge. I started the book with one question, “Who is Judge?” I felt like I got a glimpse of who he is but not The Who man. I need more! Mercedes Mercedes Mercedes I don’t know what to say about her. Sometime I feel for her and other times I feel like she’s getting what she deserves. She needs the firm hand of Judge to keep her in line because she’s out of control. At some point we have to let go of our past and grow up. The chemistry between Mercedes and Judge is hot!! It reaches a boiling point and WOW *fanning self* There are secrets that’s still left untold. I am still left asking, “Who is Judge?”
COMING SOON 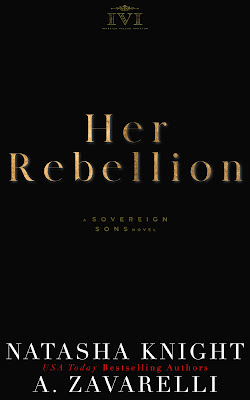 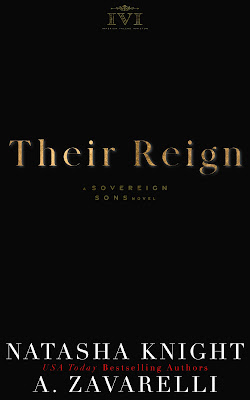 A. Zavarelli is a USA Today and Amazon bestselling author of dark and contemporary romance.
When she’s not putting her characters through hell, she can usually be found watching bizarre and twisted documentaries in the name of research.
She currently lives in the Northwest with her lumberjack and an entire brood of fur babies.
FACEBOOK
FACEBOOK GROUP
INSTAGRAM
TWITTER
NEWSLETTER
WEBSITE
GOODREADS
AMAZON
BOOKBUB 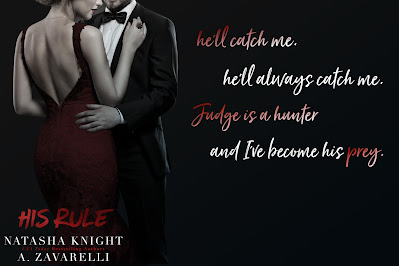