What Lurks in the Dark

BLURB:
He was a hunter, a killer, a psychopath. He was always watching and waiting for the perfect moment to strike.
She was his greatest obsession.
Pushing through her past, Emily McPhee was finally where she wanted to be. She had pulled straight A’s, had a home in Southern California, money, and a great group of friends.
One night her stalker decided to make his move and everything changed.
Now, fighting to get back to what she once had, Emily must deal with more than just this psychopath, but also with her self-involved mother and her one true love that’s pulling away.
How hard would you fight the darkness that’s threatening to take over your life?

Goose bumps raced over me as I desperately felt around the edges of the door, clawing at the wood next to it, trying to find a way out. I heard a sound and found a set of eyes staring back at me from a Judas hole. –From What Lurks In The Dark 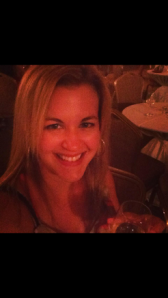 Author Bio
J. L. Drake was born and raised in Nova Scotia, Canada, later moving to Southern California where she lives with her husband and two children.
She’s a huge book lover but never thought of writing until roughly a year and half ago. Now she loves it and has six books in the works.
What Lurks in the Dark is her first novel released in June 2014. Watch for a brand new trilogy called Broken (romance/suspense) that she hopes to have released January 2015.
Author Links
Facebook: http://www.facebook.com/jldrakeauthor
Goodreads: http://www.goodreads.com/jldrake
Twitter: http://www.twitter.com/jodildrake_j
Instagram: @j.l.drake