Synopsis:  Wet
T-Bomb, Tait Bommer’s call-sign, has never described him more accurately. A loose cannon with a penchant for pissing people off, he’s now responsible for a major screw-up during the First Special Forces Group’s most recent mission. His mess has earned him two weeks of mandated R&R on the shores of Kauai, where the ultimatum is clear—straighten up and fly right, or don’t return to active duty. But he’s such a train wreck that even his best friend, Kellan Rush, isn’t happy about having to pull babysitting duty.
When their “vacation” is interrupted by a stranger bearing nothing but a glare, a Bowie knife, and a lot of curves in a tiny bikini, they wonder if the trip hasn’t been hijacked by island spirits. Surely they’ve found a goddess in this dark-haired beauty who not only sees their emotional scars but opens their spirits by exposing her own soul.
“Therapy” takes on new meaning when illicit desires become explosive passion…and their goddess’s sweet submission. Neither man wants to leave the island paradise, a torment that’s intensified when an old adversary threatens to steal their goddess—and rip their friendship apart.
Will Tait and Kellan let jealousy triumph? Or will they unite as brothers at arms for the most important mission of their lives in the name of the greatest cause of all—saving the woman they love?
Synopsis: Hot
They could run from everything…except each other.
Grounded by fog, Zoe Chestain is stuck in an airport bar with the choice of spending the night with her two drunk roommates or one dark and delicious stranger. The Vegas show dancer decides to live dangerously and succumbs to a night of the stranger’s dominant passion. But her cloud of sensual bliss is blown apart when she and her friends are taken hostage during the next morning’s plane hijacking. Zoe’s horror deepens when her kidnapper reveals himself as her partner from the night before.
Shay Bommer is one of the army’s best. A Special Forces soldier following the footsteps of his brother, he’s aware of the risks of infiltration with the enemy. But going deep undercover on this mission with one of the CIA’s most sought-after criminals has cost him dearly. He’s lost the trust of the most breathtaking submissive he’s ever had in his arms, the camaraderie of his unit, and the esteem of his brother. But he’s on a quest to rescue a priceless treasure—his mother.
Zoe’s danced to some crazy songs in her time, but no amount of wild choreography has prepared her for the adventure with Shay—or the return to his bed that means surrendering more than just her body. As they run from the bad guys, the good guys, and everyone in between, she learns about the man behind the masks, and the Dominant for whom she’s always longed. But staying with him means dying with him. The heat is on. Can Shay and Zoe’s love survive the flames?
Buy the Book: http://amzn.to/2F9DD5k

Synopsis: Masked
When the masks come off, they know it’s real.
Dan Colton was once the CIA’s golden boy—a get-things-done cowboy who believed it was better to beg forgiveness than to ask permission. But performing the devil’s work was easier when he had the face of an angel—a damn good asset to have whether he was charming agency superiors…or training submissives in his dark dungeon role-plays. But that face was taken away, disfigured in a fire during an act of bravery.
Tess Lesange, known around the CIA’s Vegas office as “The Laser,” has only one Achilles’ heel—the brooding agent who once wouldn’t give her the time of day. Since Dan Colton’s accident, they’ve become friends, even trusting each other with some of their kinkier secrets. What are friends for, right?
Wrong.
Still seeking the submissive dream, Tess takes matters into her own hands and journeys in disguise to one of the desert’s most elicit kink clubs. When the Dominant she meets is beneath a mask and wielding a familiar voice, she wonders if karma has conspired to fulfill her deepest fantasies…and how high a price she’ll have to pay for it to come true. Is she willing to sacrifice the friendship she’s built with Dan for one unforgettable night in his dungeon?
Buy the Book: http://amzn.to/2BzGTak
Buy the Books Today: 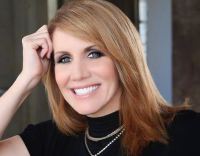 USA Today bestselling romance author Angel Payne has written for four publishing houses, and is also independently published. She loves to focus on high heat romance with emotional twists. She has numerous book series to her credit, including the Honor Bound series, the Suited for Sin series, the Cimarron Saga, the Temptation Court series, and the Secrets of Stone series (with Victoria Blue).
Angel is thrilled to be an author for the bestselling Misadventures series, and looks forward to the launch of the Bolt Saga, featuring her superhero Reece Richards, launching in Summer 2018. Angel lives in Southern California with her soulmate husband and beautiful cosplaying daughter. As an “anime family”, they enjoy attending pop culture cons together.
http://angelpayne.com/
https://www.facebook.com/authorangelpayne/ 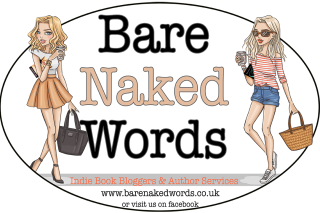