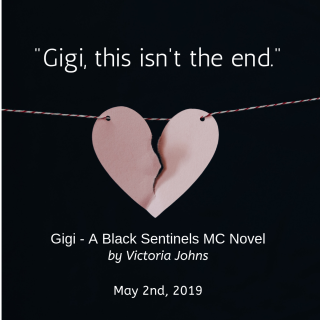 Synopsis
“Mine.”
“Yours.”
The vow should have been unbreakable.
Gigi Livingston is a broken girl, praying she lives long enough to graduate so she can run away and escape the brutality of her brother and his demons.
A chance encounter with a biker should send her running for safety, but it doesn’t.
His touch doesn’t bruise her or make her bleed. His touch makes life seem worth living.
Gears, a prospect with the Black Sentinels MC, is determined to save Gigi, to protect and love her. She evokes feelings in him that prove too deep and powerful to ignore—feelings no prospect should have when his focus should be on earning his full patch.As the connection between Gigi and Gears grows, she begins to feel hopeful for her future, until her brother’s past comes back and turns her world upside down. The only way to keep her promise is to hurt the man she loves the most and pray he’ll forgive her when the time comes.
Gigi is the story of a girl who finds hope and love, only to risk losing it all for the one person who doesn’t deserve the sacrifice she has to make. 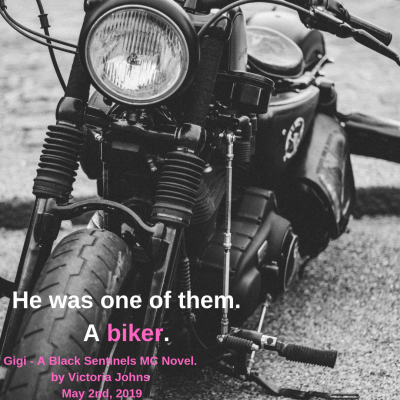 Angel (The Black Sentinels MC Series #1) by @VictoriaJohns
There’s a new bad boy in town and as the President of an MC… he’s really bad. But Angel doesn’t care, he wasn’t always the bad one in their world, she was.
On Sale: 99p/99c or FREE in KU
Amazon UK: https://amzn.to/2IG6JOq
Amazon US: https://amzn.to/2Gzv4Sn
Meet the Author
Victoria Johns is a Cheshire based writer with a wild imagination for steamy stories, she believes it’s every girl’s dream to experience a happily ever after.
​
Realising it was time to live her own dream, she now enjoys day dreaming and creating fiery romance novels.
When she’s not doing that, she can be found spending time with her family, cycling the countryside or enjoying pink fizz with her crazy friends.
https://www.facebook.com/victoriajohnsauthor/
Website