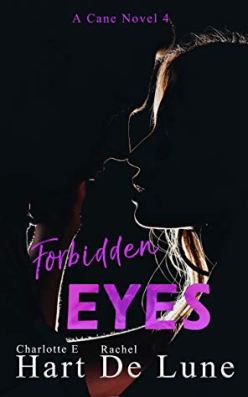 “Do you want to take me?”
That’s what she said to me after she stepped out of the pool, skin dripping wet, her body on display to tempt me.A simple babysitting job—that’s all it was meant to be. Show her some element of the life she’d been kept from. But she couldn’t keep her pretty mouth shut when I showed her what she asked me for, and I couldn’t keep my damned eyes off her.Sofia Vico was the one woman no one touched. Forbidden.
I should have stayed away. Should have done as Quinn asked and kept her safe.
But I crossed the line and broke the rules.
For her.
“The things I could show you.“This started out as an act of defiance against my father—a way to finally fill in the blanks I’d lived with my whole life. But the doors to the cage I’d been kept in had suddenly been flung wide open, and I wasn’t ready for the truth waiting for me. Or for Carter Wade.
He was my saviour in the dark, muddied underworld I knew nothing of. A man with skills that both frightened and aroused me. And if I thought scars and guns were the worst I’d have to face, I was wrong. Murder, kidnapping, and a family torn in two was our consequence. Yet he still risked everything, including his life.
For me.
Temptation. Deceit. Dark. Erotic. Romance

I would like to shout out how good this book was!!!! I LOVED it! I just wanted to curl up on the couch and read and ignore my family today! This book was just that good! This is a must read whether you want to read the books previous to this one!

This is Sofia’s story she is the daughter of Benjamin Vico. Sofia feels her dad is “stifling” her. He most certainly isn’t a nice man. Sofia runs to her Uncle Quinn and hopes he will protect her.

Carter Wade has been raised by Quinn. Quinn tells Carter to take her away while Carter does business. That’s when she finds out what her father actually does for a living.

What unfolds is a lot of action both with gun & knife fighting as well as off the charts chemistry between Carter and Sofia. Lets just say that Sofia’s father is not a happy man.

I stayed up late reading this book and I didn’t want it to end. I sure hope there will be another book in this series.

If you haven’t discovered these authors that have written now the 4th book in this series together you need to. 10 + Stars and I would even give more if I could.

http://mybook.to/ForbiddenEyesFREE THIS WEEK ONLY
Innocent Eyes 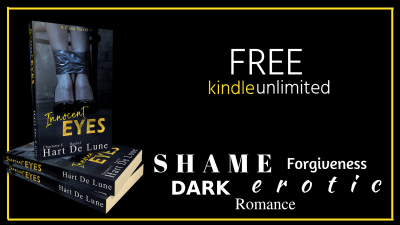 She began scribbling her stories of dominance and submission in the pages of a notebook several years ago, and still can’t resist putting pen to real paper. What ifs are turned into heartfelt stories of love where there will always be a HEA.

Rachel lives in the South West of England and daydreams about shoes with red soles, lingerie and chocolate. If she’s not writing HEAs, she’s probably reading them. She is a wife and has a beautiful daughter.

For every woman who’s ever desired more.