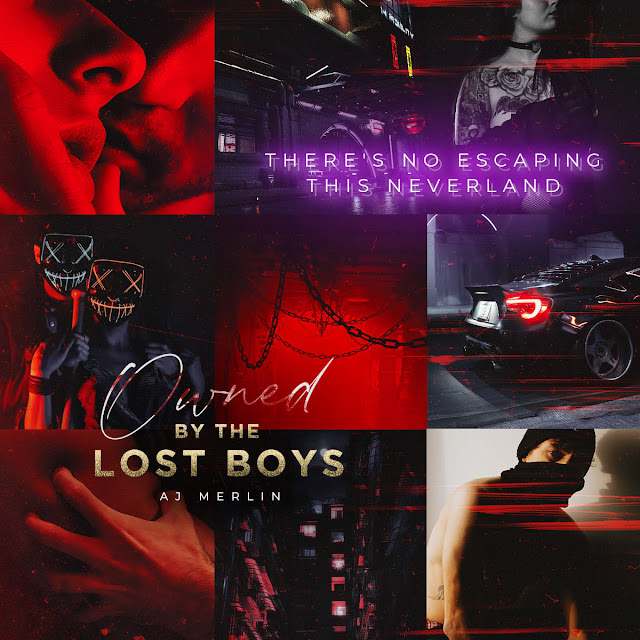 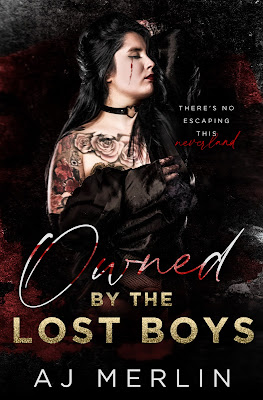 They say they saved my life, even though I never saw them do it.

Cyril, Isaac, Asher, Ezra, and Arlo call themselves the Lost Boys, and they’re just one branch of a ‘family’ that rules everything in the city I grew up in. They’re the bad guys, in every sense of the word, and they don’t care who knows it.

Worse? They want to show me all of their sharp, bloody edges

Because their word is law, and now that they’ve saved me?

But I’m not a pushover, and I don’t need a knife to prove to them I won’t be made theirs so easily. 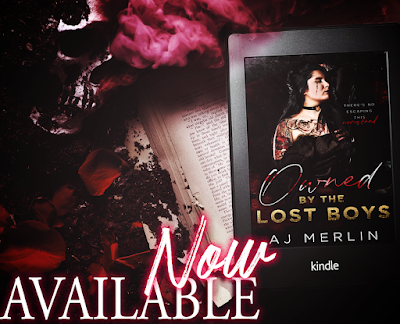 
Owned by the Lost Boys is a standalone and it is the first time that I have read anything by this author. I am very happy to say that I really enjoyed reading this dark romance. This is Cyril, Isaac, Asher, Ezra, Arlo and Arista’s “Ari” Story.

And what a story it was! There were some references to Peter Pan and these aren’t good Lost Boys. They are up to more than mischief.

Do make sure you read the warning for this book and follow the advice if you have any triggers and don’t read the book. I guess I must be one of the crazy ones because I did enjoy reading Owned by the Lost Boys! I will be looking to read more from this author! 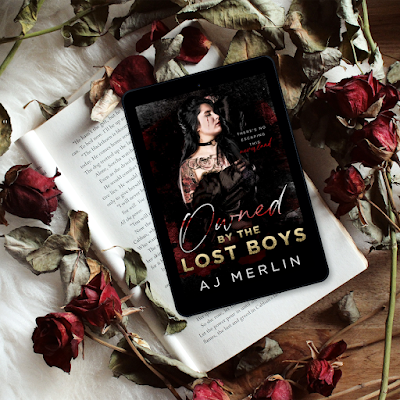 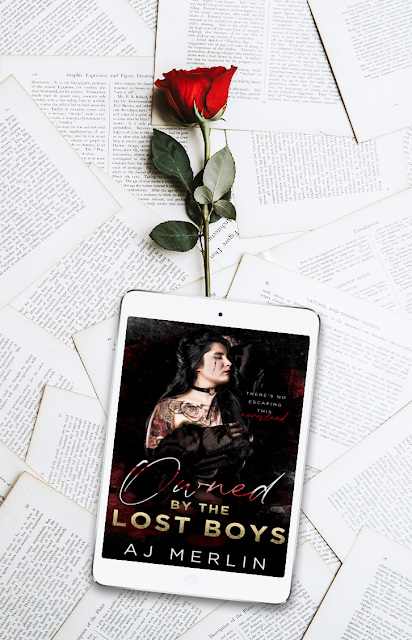 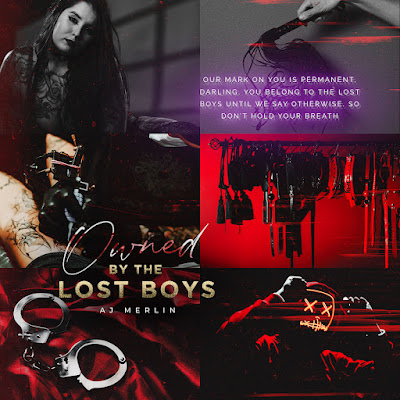 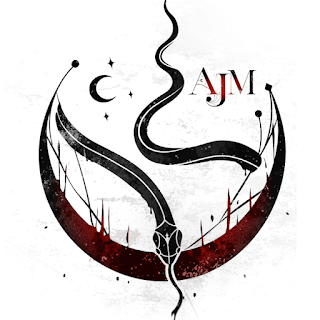 AJ merlin is an author, crazy bird lady, and rampant horror movie enthusiast. Her debut novel, A Little Wicked, is the product of being enamored with the paranormal and the need to hunt down all things that go bump in the night. Born and raised in the midwest United States, AJ is lucky to be right in the middle of people who support her and a menagerie of animals to keep her somewhat sane. Connect with her on facebook or social media to see updates, giveaways, and be bombarded with dog, cat, and pigeon pictures.
Connect with AJ Merlin
For more information about AJ Merlin, visit: https://linktr.ee/AJMerlinAuthor
Hosted By: