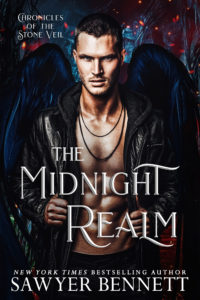 Read the first THREE chapters of The Midnight Realm

Even kings who serve at the whim of gods break the rules every now and then.

As the newly anointed king of the Underworld, I’ve worked hard to clean up the mess left behind by my predecessor. The realm is in relative peace at the moment, my main focus now on deciding the fate of recently departed souls. It’s a tediously boring task, and honestly, one I despise doing. But just when I think I can’t stand another moment of the monotony, one soul changes it all.

Nyssa McKnight earned her ticket to Hell. She made her choices and even at the prospect of eternal damnation, she doesn’t seem to regret the actions that led her here. I can tell by her utter defiance that life has hardened her, a trait that has carried over to her in death. She should be begging me for mercy but instead calls me a “big old winged bat”. I should toss her right into The Crimson River for her insolence but instead I think I’ll keep her in servitude.

While I struggle to reconcile the intrigue—and attraction—I have for this human, I am forced to spend my days investigating rumors of an uprising in the Underworld. Unfortunately, my desire to keep Nyssa has provided a weak spot for the rebellious Dark Fae looking to gain control, one they’re quick to act on. Now, with Nyssa in danger and my throne threatened, I will stop at nothing to restore order, even if it means letting her go.

Can Amell, the king of the Underworld, find true love, or is he destined to rule alone until the end of days?

The Midnight Realm is a standalone romantic fantasy novel about unexpected redemption within The Chronicles of the Stone Veil series.

Buy the digital and signed paperback direct from Sawyer Bennett: https://bit.ly/STORE_TMR
** Digital files must be read within the BookFunnel app **

The Midnight Realm by Sawyer Bennett
Tanya’s rating: 5 of 5 stars

The Midnight Realm is the 7th book in the Chronicles of Stone Veil. You can easily read this book as a standalone.

This is Nyssa McKnight and Amell’s story. Amell is the “newly anointed King of the Underworld”. Amell is the darkest of the Fae and Nyssa is condemned to Hell. Amell is the one to sentence her to either to be tossed into The Crimson River or to serve her sentence in a life of servitude to the almighty Amell! Of course Amell chose the latter. And of course there are reasons Nyssa is the way she is.

I read this book in ONE GO, it was that good! I couldn’t put it down until I reached THE END! 5 Fanciful STARS. I loved this story!

The Midnight Realm (Chronicles of The Stone Veil Book 7) by Sawyer Bennett takes us back to the Underworld. Amell is now the king of the Underworld after the failed attempt of the previous Queen who was trying to tear the Veil to the earth dimension. The author started out the story basically given a recap of the players and a little of their stories from the previous books. This was such a treat that it gave me just enough information that I knew everything. I didn’t have to try and remember the other books. Loved and appreciated it. Nyssa is a human who has had a hard life. One night working she happens to run into a guy from her past that sets off a chain no reaction that causes her to be sent to the Underworld where she stands before Amell. It is Amell’s job as king to decide whether a Soul is thrown into the Crimson River for eternal torment or reincarnation. When it is Nyssa turn to be judged, she says somethings that has Amell thinking hard as to what to do with Nyssa. I loved this story. The story kept my attention and I couldn’t put it down. Amell and Nyssa are a trip and their interaction made for a fabulous story. A 5 star read for me. I didn’t know what I expected from this story. All I knew was I liked the previous books and the author. She did not disappoint. 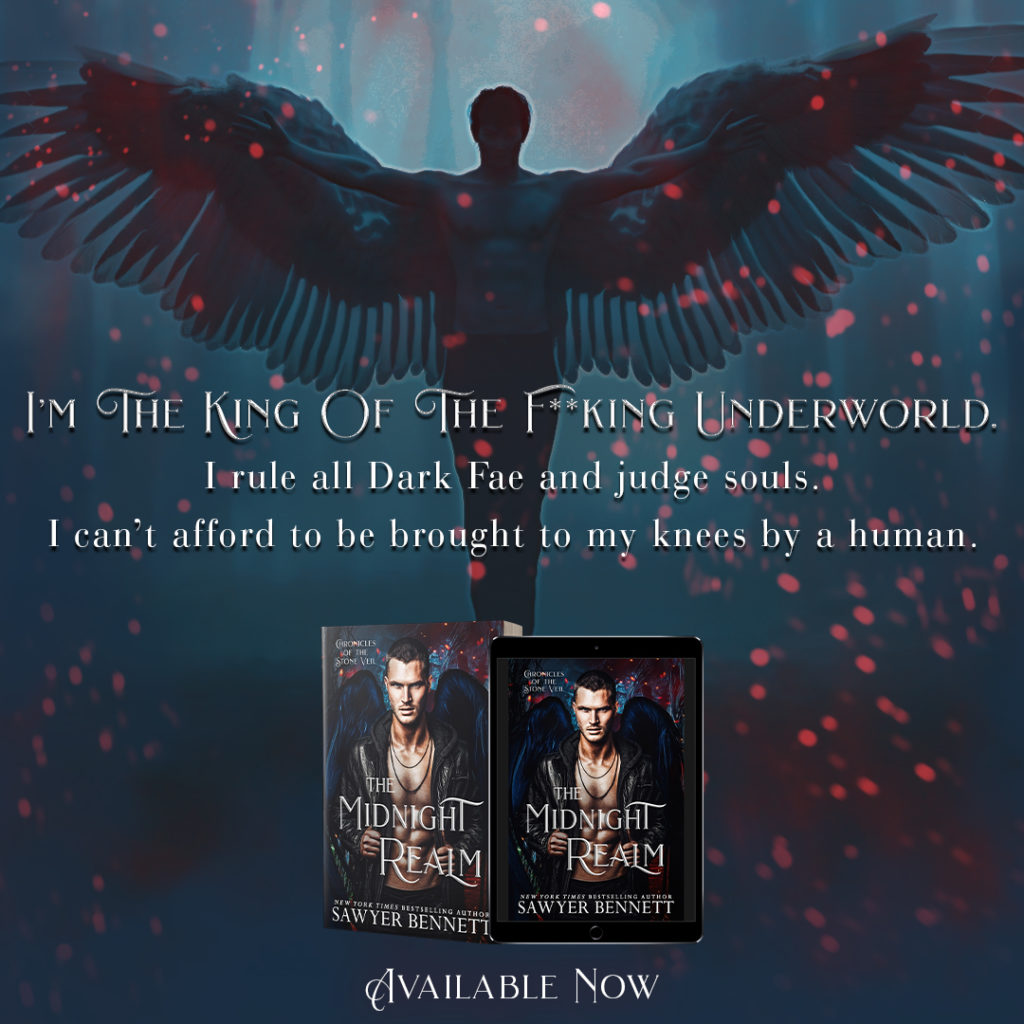 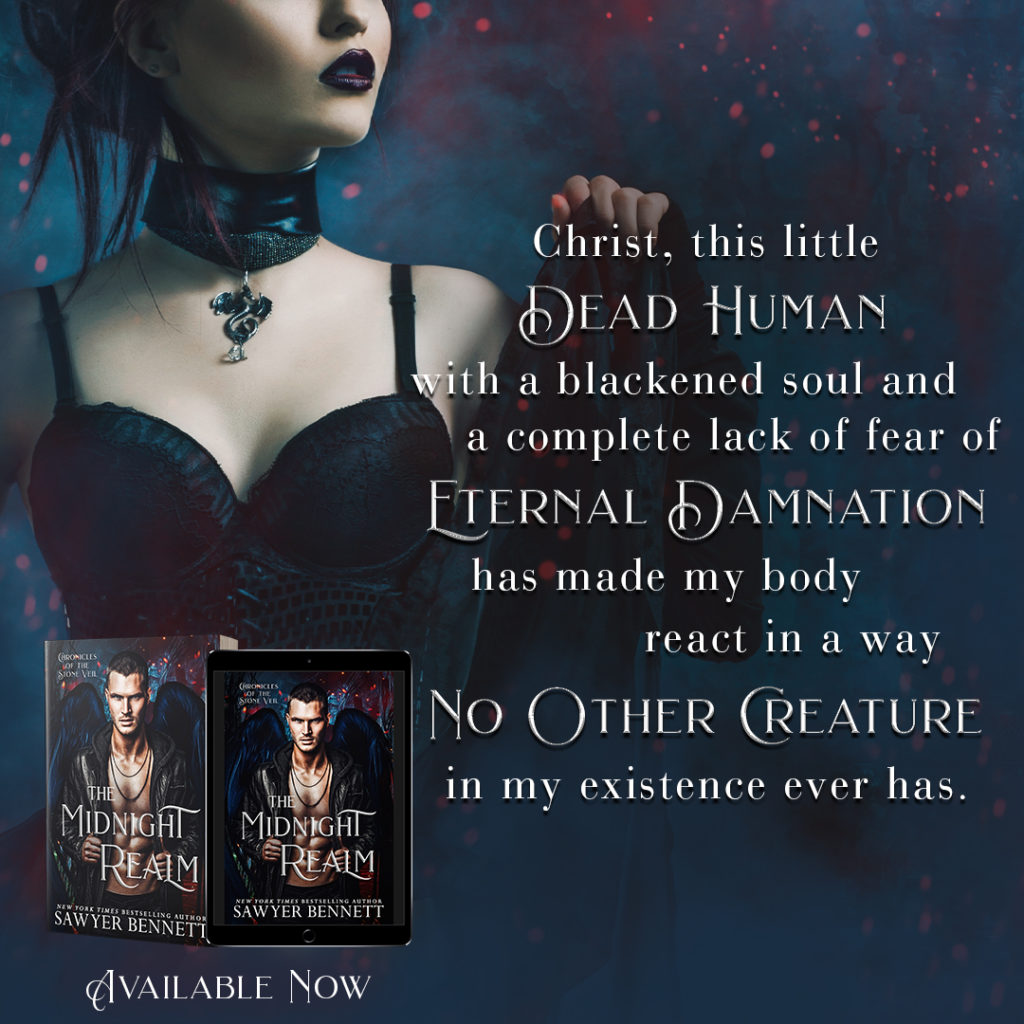