The Chronicles of Young Dmirty Medlov V7 is the 7th installment in the story of how Dmitry Medlov became the man he is as portrayed in the Medlov Crime Family series. You will need to read the Medlov Crime Family series first plus the other seven volumes of his Chronicles in order to follow the story and to know who all the characters are, but it is well worth the read.

This volume of the story first talks about Dmitry and his family in the present day than reverts back to where Volume 6 left off. Dmitry is 7 feet of powerful blonde, blue eyed sex on a stick. He is now going back to London to try and pick up the pieces of his empire.

The story of how Dmitry handles everything is exciting and riveting and what happens at the end is a shocker. The ending is not only an “Oh My” moment but a “Clutch my pearls” as well. The ending will leave you wanting more, and even more excited about the next installment. I give the book and series 5 O’s. 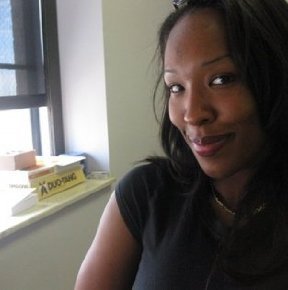 Ivy’s Twisted Vine first debuted in February of 2008 and has since been featured by over 500 bookstores, book clubs, individual reviewers, online publications and blogs. It has sold thousands of copies in the states and has become very popular in Europe and Japan.

Nelson is the proud mother of two beautiful children (Jordan and Tierra) and the wife of decorated US Marine (Retired) Adam Nelson. They live in suburbs of Memphis.