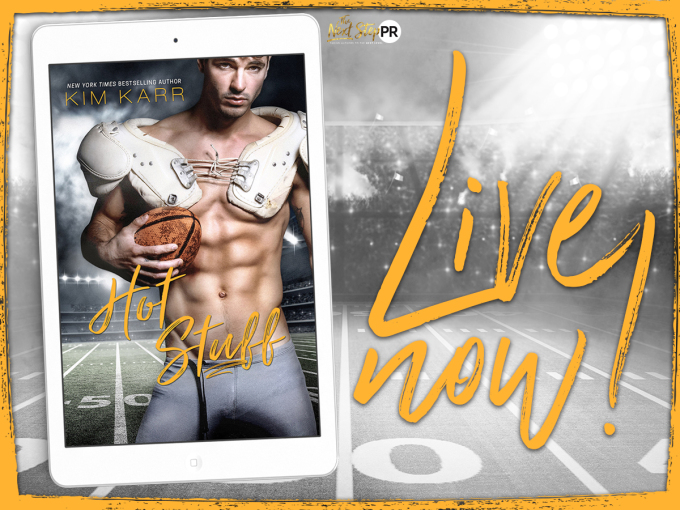 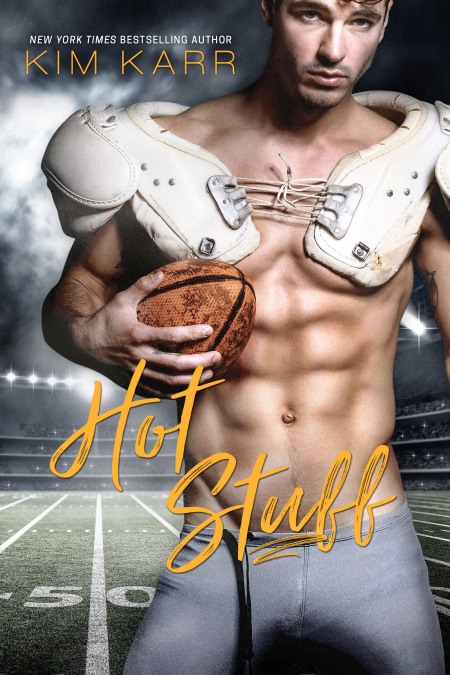 Get ready to fall in love with this new standalone sports romance from New York Times bestselling author Kim Karr.

Hot. Arrogant. Too sexy for words.

I’m an athletic intern, and the coach’s daughter.

The NFL is full of rules. Rules I’ve never broken. Never challenged. Never even scratched—until the day Lucas Carrington crashes into my life with his hard body and I-don’t-give-a-f*ck attitude.

After I almost injure my father’s star player, I volunteer to make sure he’s in top shape. At first, it’s hell. I don’t like his attitude, his cockiness, his easy smile. Don’t like the way he oozes sex. Or how his penetrating eyes follow me everywhere.

That doesn’t stop me from wanting him.

He’s meant to be a distraction—something to occupy my mind for these precious few remaining hot summer nights before I’m forced to leave football behind forever.

I know what we’re doing will lead nowhere good. I know we’re crossing the line. And I know my father will never understand.

None of that matters.

But maybe it should.

Rules aren’t meant to be broken.

Another great book by Kim Karr. At first when I saw that it was going to be a sports romance I wanted to back away and run. I keep telling myself I don’t like sports romances and then surprise myself when I love them. I just need to embrace sports romances. Because chances are there is just a smattering of sports in them. Just enough to make them realistic. And, for the most part it isn’t about sports it more about the story and the romance of the book.

Hot Stuff is Lucas Carrington’s story, (he is in mini camp as a quarterback and hopefully in the end will be given a contract as a NFL quarterback for the team he is trying out for.) Gillian Whitney is the coach’s daughter and is the teams athletic intern. I don’t think I need to say more because hopefully you can see where this story is going. There is a lot of hiding their relationship and being creative as to where they can get together.

Hot Stuff is an entertaining book and it has a sexy good story. I voluntarily reviewed an Advance Reader Copy of this book. 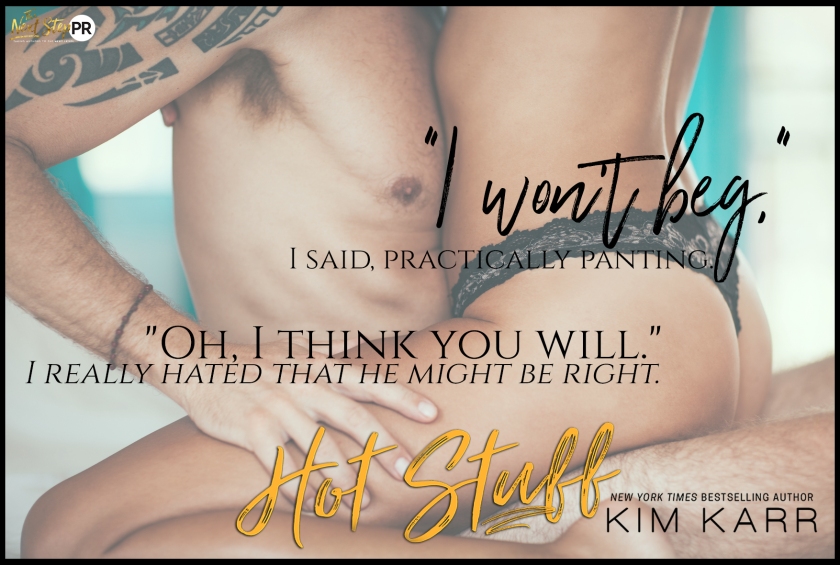 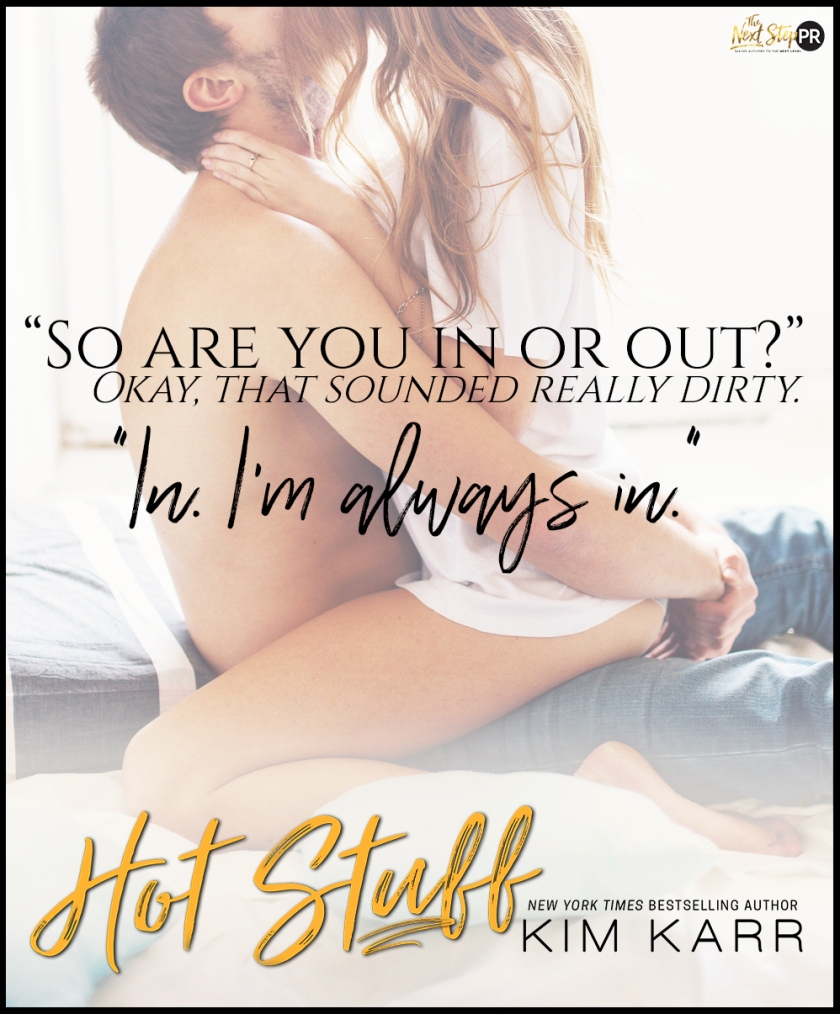 She grew up in Rochester, NY and now lives in Florida with her husband and four kids. She’s always had a love for reading books and writing. Being an English major in college, she wanted to teach at the college level but that was not to be. She went on to receive an MBA and became a project manager until quitting to raise her family. Kim currently works part-time with her husband and recently decided to embrace one of her biggest passions–writing.

Kim wears a lot of hats! Writer, book-lover, wife, soccer-mom, taxi driver, and the all around go-to person of her family. However, she always finds time to read. One of her favorite family outings was taking her kids when they were little to the bookstore or the library. Today, Kim’s oldest child is seventeen and no longer goes with her on these, now rare and infrequent, outings. She finds that she doesn’t need to go on them anymore because she has the greatest device ever invented–a Kindle.

Kim likes to believe in soul mates, kindred spirits, true friends, and Happily-Ever-Afters. She loves to drink champagne, listen to music, and hopes to always stay young at heart.