September 27, 2018 tastywordgasms Can read as a standalone, Contemporary Romance, Uncategorized Leave a comment

It all started with a wedding…

Well, three weddings, to be exact. The one that happened, the one that went up in flames, and the one nobody saw coming.

Andrew Collings has seen a lot of things living in Vegas. Hell, he’s done a lot of things. But one thing he’s never witnessed is a beautiful brunette, hitchhiking her way into the city, wearing a wedding dress. Until now, that is.

Brynne Adams is running away from a broken heart. She expected a lot of things from her wedding day but finding photos of her fiancé and maid of honor and best man in a compromising position wasn’t one of them. She most certainly never imagined that she’d end up marrying the handsome stranger that rescued her from the side of the road that day.

Andrew and Brynne’s quick nuptials may have been the result of a drunken joke, but they soon realize that love can be found in the most unlikely of places if you just stop and take a chance.

“Let me prop the door open and I’ll carry you over the threshold,” I tell Brynne as I press the keycard against the magnetic reader.

She giggles, a sound I normally find grating on a grown woman, but on Brynne it’s charming. Her cheeks are flushed, and her eyes are still sparkling with energy.“Well,you are very Thor-like, so a girl would be crazy to refuse to be carried over the threshold by her husband.”

That’s right. I’m her husband, but let’s rewind just a bit to detail how this all went down.

It took me exactly fifteen minutes and three phone calls to set things up, just as I promised her.

The first call was to the nicest, swankiest Vegas chapel that I could find with a Google search. I was advised we’d have to obtain a license at the Las Vegas Marriage Bureau for the low price of seventy-five dollars, and I wasn’t surprised in the least to learn it was open twenty-four hours a day on the weekends. I was able to arrange a limousine to pick us up, as well as an explosion of flowers within the chapel itself. When I gave my credit card number to the woman, I told her to go crazy on decor, but I specifically requested white calla lilies for the bride bouquet because Brynne told me those were her favorites.

The second call was to a jeweler where I was able to purchase two very simple wedding bands in gold. It’s a detail I probably could have ignored considering we both knew this was just for fun, but fuck it. I’m rich, which means I have the ability to make this as nice as I can for Brynne.

The third call was to my attorney, who explained annulment laws and assured me it was a fairly straightforward process. I’d have to institute the action—called a complaint—and if Brynne waives service, we can present our annulment request to the court to be approved after twenty days. It wasn’t immediate, but twenty days was nothing in the grand scheme of things.

By the time we took a limo to the marriage bureau, stood in line for about thirty minutes with other like minded folks, and then made our way to the chapel, we’d sobered up quite a bit.

“You sure you want to do this?” she asked me just before we went in.“I mean… it was a fun notion when we were a little more buzzed.”

“Hell yes,” I’d told her with a devilish grin.“Mostly so we can send a picture to the whore and the asshole.”

Her laugh was sparkling and beautiful and just a little evil, which made her infinitely more attractive to me.“It’s all in good fun with no risk,” I’d added on to assure her.

So we went in, both of us grinning like fools during the ceremony. It felt fake, because it was fake, but in some respects, it’s the most real thing I’ve ever done. Because what we were doing had real purpose. It was to give Brynne and her glorious wedding dress a moment to shine.

It became even more real when the minister—who was not dressed like Elvis, but was very dapper in a dark gray suit with an old-fashioned cravat tied at his neck—told us in a very cultured voice,“You may kiss the bride.”

I hadn’t thought about the kiss.

I mean, I’d thought of kissing her because she’s sexy and vibrant and smiling despite the fact she was shit on hard today. But I hadn’t thought about the“wedding kiss”. Because even though this is all fake, somehow a man giving us formal permission to put our mouths together to seal our marriage vows makes it very fucking real.

There was no hesitation. When my lips touched hers and she gave a tiny huff of pleasure, I realized I wanted to consummate this fake marriage very badly.

I did not, however, know if Brynne felt the same. Because today would probably go down as the worst and weirdest of her life, I wasn’t going to push. Instead, I took her out for a radically expensive late dinner and then we hit a popular jazz club where we listened to music.

And then it happened.

A slow song was played. A bluesy number people just sort of sway to, and I asked her to dance with me.

It was Brynne who kissed me. Slid her delicate fingers into my hair, went to her tiptoes in her gray tennis shoes with teal-blue accents, and pressed her mouth to mine. My mind reeled, and my cock started to twitch to attention as we swayed and kissed. The words were forming in my mind on how best to invite her into my bed without sounding like an opportunistic douche, but then it didn’t matter.

She pulled her mouth from mine, relaxing and tipping her head back to see me.“If we have sex tonight, does that ruin our chances of getting an annulment?”

I had no fucking clue what the answer was. It had never crossed my mind I might actually get the chance to fuck her, so I didn’t ask my attorney.

These books are all Standalone Novella’s but, can be a spin-off from the authors own series and Wicked Wedding is a part of The Wicked Horse Vegas Series.

What happens when your soon to be husband is screwing your BFF. What do you do? Become a runaway bride. Get picked up in your wedding dress. Get drunk out of your mind. Get married and screw your brains out. That is what happens to Andrew Collings and Brynne Adams.

I loved reading Wicked Wedding! Sawyer Bennett really knows how to write a sexy romp! Lord knows I found myself fanning myself a few times. 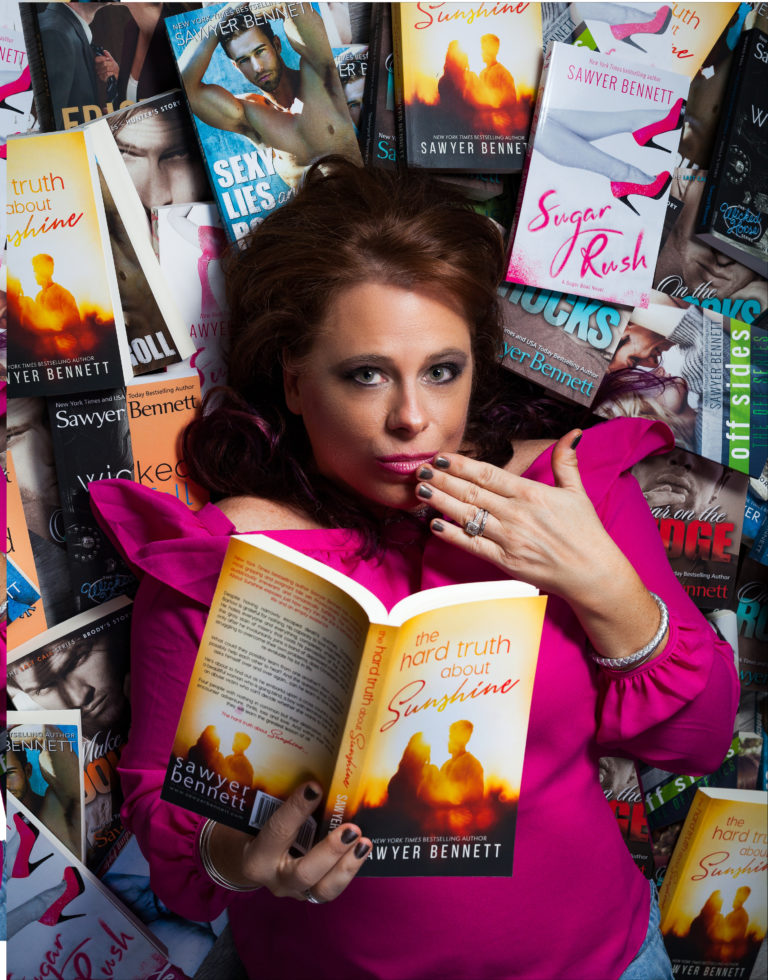