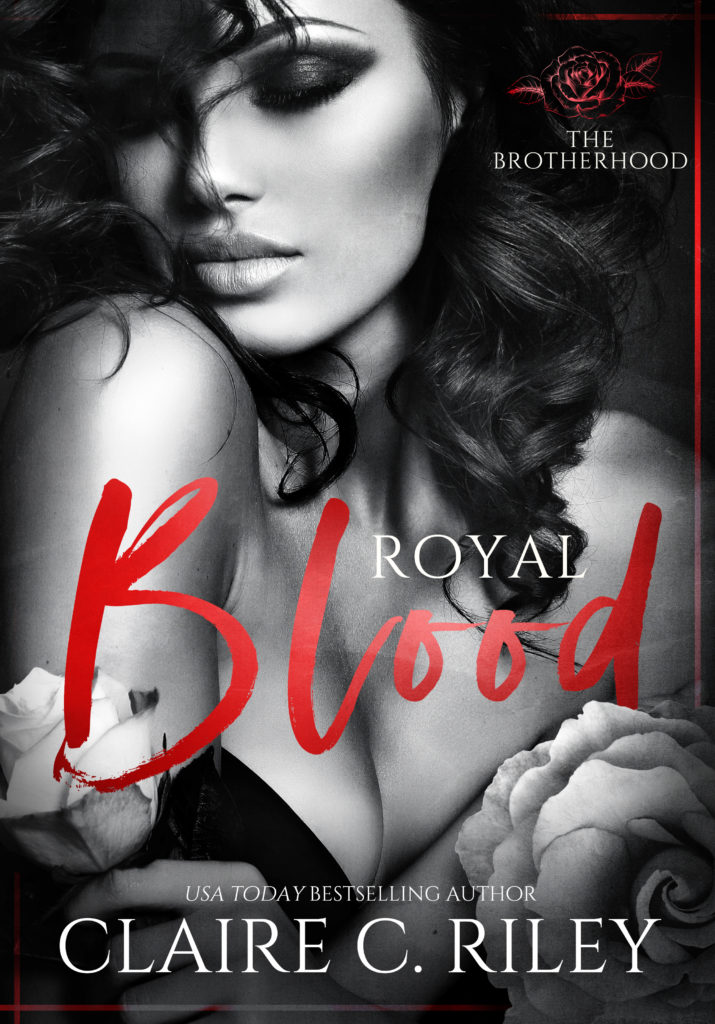 Natalia has always known that she was promised to a man of her fathers choosing. She’s 25 years his junior, & she’s been promised to him since birth. However, after the Novello brothers, come to the aid of her father Frank, everything changes.

Frank is king of the underworld. The Don of NYC. He has money, drugs, guns, thriving businesses and half the police force under his belt. So when he offers the brothers payment for helping him, he’s surprised when the only thing they demand is Natalia.
Unable to refuse their offer, Frank reluctantly hands over his only daughter to the Novello brothers and a war breaks out between the three families.

When duty and jealousy collide, the flames of temptation are fanned and the only thing standing in the way of bloodshed and war is the promise of seduction from the virgin daughter of Frank Costello.

Can there ever be life after the Brotherhood take their payment from her? Or does the ultimate betrayal lie in her own blood?

Royal Blood: The Brotherhood by Claire C. Riley is the story of 3 brothers: Dominic, Sisco and Joey who are the sons of a powerful mob boss. The 3 brothers set out to avenge their father’s death and end up with a mob princess. Natalia at six months old was promised by her father to marry his mob associate.  When at a party for her dad he is saved by one of the brothers. As a thank you Dominic is offered anything and he ask for Natalia. She is relieved to be no longer tied to a man twice her age but is nervous as to which brother she belongs to. She was shocked to find herself attracted to all 3. This was a interesting story that was not only hot and sexy but had a real twist at the end. Looks definitely can be deceiving. A book that once I picked it up I didn’t put it down until I was finished. I wouldn’t mind having the attention of 3 hot brothers. Each brother was different and brought their own type of sexy to this story. Those guys had me so hot and bothered. 4.5 sexy hot stars for me. 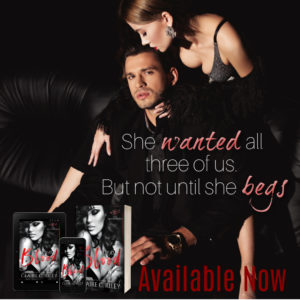 She lives in the United Kingdom with her husband, three daughters, and ridiculously naughty rescue beagle, Dogface. She loves dresses with pockets and is obsessed with 80’s movies.